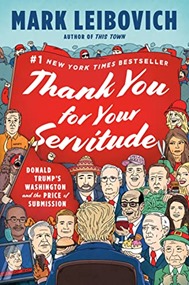 Posted at 11:11 AM in Current Affairs, French, Names in the News, Naming, Toponyms | Permalink | Comments (3)

Names on the Map

Names aren’t neutral; they come with agendas. In 1614, John Smith coined the name “New England” for the North American coast he was exploring; his map of the area pointedly left off any Native American settlements or place-names. Instead, every place got a cozy—and completely arbitrary—British name: Ipswich, Southampton, Cape Elizabeth. Most of Smith’s names never caught on, but one of his choices was adopted by the Mayflower pilgrims when they founded their colony there six years later: Plymouth, a spot that the Wampanoag Indians, then as now, actually called “Patuxet.” As late as 1854, Commodore Matthew Perry steamed into Tokyo Bay and returned to Washington bearing a map of Edo, with all the parts of the harbor given suspiciously un-Japanese names like “Mississippi Bay” and “Susquehanna Bay.” On the map, some islets in the Uraga Channel have even been labeled “Plymouth Rocks.” “Look!” the maps say, all wide-eyed and innocent-like. “These places must be ours! Why else would they have our names on them?”