Word of the Week: DPO

DPO: Acronym for direct public offering, a form of business financing “that enables a company to issue stock directly to investors without using a broker or underwriter as an intermediary and avoid many of the costs associated with ‘going public’ through an initial public offering (IPO).” (Source: eNotes, Encyclopedia of Small Business.) Also spelled D.P.O.

An article by Amy Cortese in the New York Times business section on August 1, 2013, notes that DPOs are sometimes called “do-it-yourself I.P.O.’s.” The article centers on Braham Ahmadi, the founder of People’s Community Market in Oakland, who had unsuccessfully tried to raise $1.2 million from angel investors, social investors, and private equity firms. His lawyer suggested a DPO as an alternative. Since November 2012, when the business introduced the offering, Ahmadi “has raised more than $630,000 from more than 150 mostly unaccredited investors — and potential customers.”

Cortese explains one of the primary benefits of a DPO:

[C]utting out the middleman and streamlining the process lowers the cost considerably. A direct offering might cost around $25,000 in legal fees, while a formal initial public offering can cost $1 million or more. That makes direct offerings an increasingly attractive option for companies that need a substantial amount of capital — typically between $500,000 and $5 million — but not enough to justify the cost of an initial public offering.

The U.S. Securities and Exchange Commission made DPOs available to small businesses in 1976; the rules were simplified in 1989, and direct online public offerings emerged in the late 1990s. Several websites specialize in assisting business owners with DPOs.

Direct offerings are especially popular with food companies, Cortese writes. An early and well-publicized DPO took place in 1984, when the ice-cream company Ben & Jerry’s raised $750,000 from 1,800 fellow Vermonters, “allowing them to build a new plant and expand, and setting the stage for a $5.8 million offering the following year.”

Are you ready for another mobile-payment startup developed by a 22-year-old? Meet Clinkle, which recently raised $25 million and whose story – including the name story – remains something of a public mystery. According to a New York Times report, “It involves a payment app that will work on smartphones and be tied to any existing credit card and bank account.” As one Times commenter observed, “Clinkle sounds just like pinkel, which means ‘to pee’ in Yiddish as well as in German.” (Actually, “Clinkle” only rhymes with “pinkel,” but the mention reminded me of a post I wrote about the unfortunately named PinkelStar.) My Twitter pal Andrew Nahem (@LowDudgeon) said Clinkle reminded him of “a tiny, adorable jail.” Am I the only one thinking of “Hogan’s Heroes”?

UPDATE: More on Clinkle at TechCrunch.

Wondering about the pronunciation of Qsymia, the first new prescription diet drug in 13 years? It’s Kyoo-sim-EE-ah. You’re welcome. Or gesundheit. Sales of the drug have been “minuscule,” the  New York Times reports, citing a “horribly botched” introduction, lack of insurance reimbursement, safety concerns, and – oh, yeah – the fact that it doesn’t work very well.

Steinway Musical Instruments agreed this week to be acquired by the private equity firm Kohlberg & Co. for about $438 million. What caught my attention was Steinway’s ticker symbol: LVB. Give up? Ludwig van Beethoven. (More on ticker symbols here.)

Happy Independence Day to my fellow USians! I’m declaring a little independence myself; see you on Monday.

Berkeley-based Annie’s Homegrown, Inc., makers of organic macaroni and cheese, went public this week; shares rose 89 percent on the first day of trading. My favorite part of the story, other than the local angle? The ticker symbol. It’s BNNY. 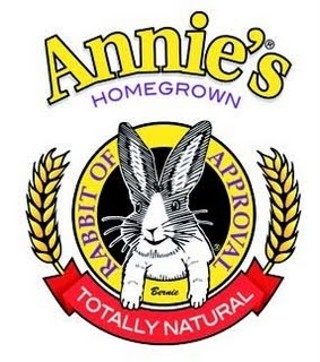 Are makeup names too lewd? That was the conclusion of Sara Buntrock, who co-founded the cosmetics company What’s Your Virtue? as an alternative. No Vamp, Orgasm, or Fuggen Ugly here: WYV’s Lip Bliss line has inspirational color names like Devotion, Curiosity, and Generosity. (Via The Beheld).

Drumroll, please: Your 2011 Name of the Year is Taco B.M. Monster, the actual name of a Dutch pharmacoepidemiologist. My own pick in the annual contest, Courvoisier Winetavius Richardson, finished second.

A couple of scholarly studies have drawn attention to the importance of a tiny scrap of nomenclature: a publicly traded company's ticker symbol. The studies prove once again, if proof were needed, that your commitment to your brand is reflected in every element of your corporate identity.

In the more recent study, a couple of Princeton researchers looked at the relationship between the "fluency" of a stock's name or ticker symbol and its performance after an initial public offering (IPO). Their findings: the more fluent (easily pronounced) the name or symbol, the better the stock performed--especially right after the IPO, and regardless of the company's size.

Why would this be so? Simple memorability--a well-known criterion for naming (along with pronounceability, credibility, and legal availability). People are naturally drawn to easily remembered names and symbols--preferring, for example, Callaway Golf Co.'s ELY to Medicis Pharmaceutical Group's MRX. "People are also more inclined to believe aphorisms that rhyme (e.g., woes unite foes) than similar aphorisms that do not rhyme (e.g., woes unite enemies)," the paper said. Human brains are hardwired to remember rhyme, alliteration, assonance, and other mnemonic devices.

The second study, presented at the Financial Management Association's 2004 meeting by two University of Texas (San Antonio) finance professors, looked at what happens when companies change ticker symbols but not their names. Bad news here: both trading volume and stock price declined immediately and stayed down.

This study provides support for the decision of, say, Philip Morris to retain the ticker symbol MO (which has "clear meanings of financial strength, momentum, and performance excellence," according to the company's announcement) when it changed its corporate name to Altria. What the company didn't say, but which seems pretty obvious, is that familiarity helps, too: it suggests stability and continuity.

What does this research portend for your own IPO-bound company? First, don't leave naming--even ticker symbol naming--to chance. And second, it's never too early to start thinking about it. Check out how some Segway enthusiasts are using the new research to guide their thinking about a hypothetical Segway IPO.