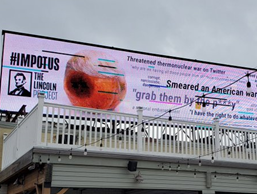 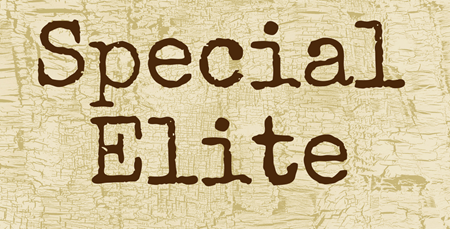 Posted at 05:59 AM in Etymology, French, Politics, Rhetoric, Word of the Week | Permalink | Comments (0)

Word of the week: Deplorables

Deplorables: Nounified, pluralized form of deplorable, an adjective meaning “lamentable, very sad, grievous, miserable, wretched” and usually used in reference to events, conditions, or circumstances. The adjective is derived from the Latin verb plorare, to weep or bewail.

The adjective deplorable first appeared in print in the early 1600s. The OED provides one citation for the plural noun deplorables: the journal of Sir Walter Scott, published in 1828: “An old fellow, mauld with rheumatism and other deplorables.” (Mauld is an alternate spelling of a regional usage of mauled that means “fatigued.”)

The OED and other dictionaries now have another noteworthy citation: the remarks of Democratic presidential candidate Hillary Clinton on September 9 at the LGBT for Hillary Gala in New York City. Here’s the relevant section:

We are living in a volatile political environment. You know, to just be grossly generalistic, you could put half of Trump's supporters into what I call the basket of deplorables. Right? The racist, sexist, homophobic, xenophobic, Islamaphobic -- you name it. And unfortunately there are people like that. And he has lifted them up. He has given voice to their websites that used to only have 11,000 people -- now 11 million. He tweets and retweets their offensive hateful mean-spirited rhetoric. Now, some of those folks -- they are irredeemable, but thankfully they are not America."

(Generalistic is not in standard dictionaries, but once again, Clinton“s is far from its first use.)

Clinton went on to describe “the other basket … of people who feel that the government has let them down, the economy has let them down, nobody cares about them, nobody worries about what happens to their lives and their futures, and they're just desperate for change.”

Word of the week: Sarcasm

Sarcasm: A cutting remark intended to express contempt or ridicule. From late Greek sarkasmos: a sneer, jest, taunt, or mockery. Its original meaning was “tear flesh”; its root is sarco-, a Latinized form of a Greek root meaning “flesh.” Compare sarcophagus (limestone used for coffins; literally “flesh-eating”) and sarcoma (a fleshy tumor).

Sarcasm was defined and debated last week after the Republican presidential nominee – who had insisted multiple times at an August 10 rally in Florida, and in an August 11 radio interview with Hugh Hewitt, that President Obama is “the founder” of ISIS and Hillary Clinton the group’s “co-founder” or, alternately, “most valuable player” – shout-tweeted that the remarks were “sarcasm.”

Ratings challenged @CNN reports so seriously that I call President Obama (and Clinton) "the founder" of ISIS, & MVP. THEY DON'T GET SARCASM?

Posted at 07:19 AM in Current Affairs, Greek, Politics, Rhetoric, Word of the Week | Permalink | Comments (0)

Word of the week: Apophasis

Apophasis: Saying something by denying that you’ll say it; the “I’m-not-saying-I’m-just saying” rhetorical device. From the Greek roots apo- (away from, off) and -phatikos (to speak): “to deny.” Entered English in a 1656 rhetoric text, when it was defined as “a kind of irony.” Pronounced (ə-pŏf′ə-sĭs). Apophasis is also known as praeteritio (“passing over”).

Word of the Week: Enallage

Enallage: Substitution of one grammatical form for another that violates a grammatical rule. Pronounced almost exactly like analogy, but from a different Greek source, ἐναλλαγή, which means “change.” (Analogy can be traced back to ἀναλογία, which means mathematical proportion or correspondence.)

I learned enallage only recently, but it turns out I was very familiar with examples of it. Mark Forsyth (@InkyFool on Twitter) dropped the word into a recent New York Times column about the rhetoric behind successful slogans. Here’s the relevant passage:

The other day I told a friend I was writing an article on corporate slogans. He immediately told me that the one he hated, absolutely hated, was “Think different” because it should be “think differently.”

He’s right, grammatically. But the fact that he’s nursing a grudge over an ad slogan Apple hasn’t run for a dozen years proves just how memorable it was.

Same for a long-popular British slogan, “Beanz Meanz Heinz,” which grammar would have insisted on as “Beanz Mean Heinz.”

For that matter “Got milk?” is substandard speech. So is Subway’s “Eat fresh.” Probably the most memorable ad in Britain in the last few years uses the one-word tagline “Simples” — uttered by an anthroporphic Russian meerkat on behalf of an insurance website, comparethemarket.com.

It’s a trick called enallage: a slight deliberate grammatical mistake that makes a sentence stand out.

“We was robbed.” “Mistah Kurtz — he dead.” “Thunderbirds are go.” All of these stick in our minds because they’re just wrong — wrong enough to be right.

Forsyth—author of The Elements of Eloquence: How to Turn the Perfect English Phrase—also discusses alliteration (“Famously Fresh” – Planters); diacope (“a verbal sandwich of two words or phrases with something else tucked in the middle,” as in the U.S. Army’s long-running “Be all you can be”); chiasmus (“I am stuck on Band-Aid*, ’cause Band-Aid’s stuck on me”); and tricolon (“Buy It. Sell It. Love It.” – eBay); and paradox (“The world’s local bank” – HSBC).

For more on enallage in slogans, see my Visual Thesaurus column “‘Bad’ Grammar in Advertising: License to Annoy?” (no longer paywalled).

* Always singular, although usually remembered as “I’m stuck on Band-Aids.” For pedantic legal reasons, the jingle inserted “brand” after “Band-Aid,” which ruins the symmetry.

Posted at 06:50 AM in Grammar, Rhetoric, Slogans and Taglines, Word of the Week | Permalink | Comments (0)