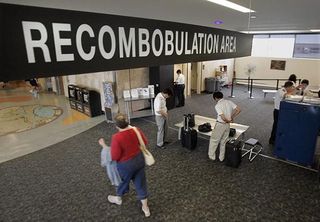 That's Average Joe, Joe Blow, a good Joe, say it ain't so Joe...or rather "Amtrak Joe" Biden, Joe Six-Pack and Joe the Plumber. ... After the 2008 presidential campaign, Joe has reclaimed its position as the proud baby-name symbol of the American masses.  Even Joe Six-Pack has been elevated from couch potato status to icon, as if we measure our national character in 12-ounce servings.

Second runner-up is Cullen, which showed up on the U.S. Olympic swim team (Cullen Jones) and in the teen vampire movie Twilight (Edward Cullen). "In January, Cullen was barely on the radar as a baby name; from now on it's a player," Wattenberg writes.

First runners-up are all the Palin children's names: Track, Bristol, Willow, Piper, and Trig. Here's what Wattenberg  has to say; I've added the emphasis because I find the two final sentences so alarming:

When Sarah Palin became the Republican vice presidential nominee, her children's names became a sensation.  Much of the country was fascinated, puzzled, even horrified.  Yet in places like Alaska and Utah those names aren't so weird at all, and places like Alaska and Utah are often leading indicators of name trends to come.  The Palin kids performed a cultural service, making broad swaths of Americans take their first look at the naming revolution that is sweeping our country.  If you still think of Jill and Tracy as popular names, it's time for a wake up call.  Neither name ranks in the top 1000 for girls, while Essence, Karma, Shyann, Chasity and Armani all do.

Last year's BNW name of the year was Barack.

Names of the Year

The  influential and very readable Baby Name Wizard blog is accepting nominations for the 2008 name of the year. Add your suggestion, or second a nomination, in a comment on the post.

Before you do, though, be sure to review the rules and past winners. The NOTY must be a first (given) name that rode the zeitgeist to prominence during 2008. Criteria for the final choice include:

- A dramatic change in the name's usage or social meaning

- A reflection of a broader cultural theme, or influence on broader style trends

Note that last year's NOTY was Barack—nice forecasting, Baby Name Wizard!—which means Barack is ineligible this year, as are other past winners.

Using the same criteria, what brand name would you nominate for Brand of the Year? It need not be the name of a new product or company, but it must in some way reflect events or themes of 2008.

Here are a few I'd include in the pool:

Vote for Name of the Year (March Madness Edition)

You still have a few more days to cast your votes in the second round of the 2008 Name of the Year tournament, conducted in brackets just like that other March tournament. Remember, you have to vote four times in each of four "regionals." The matchups:

Some free-king fantastic names were eliminated in the first round. Check out the original ballot.

By the way, although NOTY is technically a sports-name competition, Poony Poon, age 10 (or possibly 11), is actually a Hong Kong-born piano student at the Juilliard School. Foul!

A bit of NOTY background from the "About" page:

A good name is in the ear of the beholder (or the eye, in the case of creatively punctuated names, like I-Perfection Harris and Q’Beashable Scott). You like the cadence of Fidelio Tata. I prefer the poetic rhyme of Clinton Hinton. You think Largest Agbejemison is funnier than Borat. I’m an Excellent Raymond guy all the way. You cringe over Dick Surprise. I can’t stop laughing about Johnny Dickshot. History’s your game? Conan Freud. Geography? Paris London. Both? Cleopatra Egypt. ...

Thanks for the heads-up, Nancy R. Callahan! 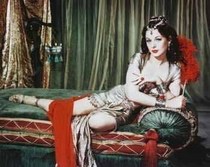 Laura Wattenberg of the influential Baby Name Wizard blog has announced the top three names of 2007.

Second runner-up: Delilah, "rising despite biblical infamy," thanks mostly to the ubiquity of the Plain White T's song "Hey There Delilah."

First runner-up: Chuck, "a fascinating study in the machinations of style." Chuck was the nom de l'année in popular media during 2007: there's an NBC series called Chuck and a couple of be-Chucked movies, I Now Pronounce You Chuck & Larry and Good Luck Chuck. (There's even a female Chuck--née Charlotte Charles--in the ABC series Pushing Daisies. "Sunny, with moxie to spare," is her capsule bio.) "Producers loved the way Chuck conveys the message that 'this character isn't about image,'" Wattenberg observes. We've come a long way from Chucky.

Official 2007 name of the year: Barack, "a watershed for baby-name diversity in American politics." Wattenberg devotes more than 700 words to a discussion of Barack and other presidential-candidate names in U.S. history. Well worth reading.

Photo: Hedy Lamarr as Delilah in the 1949 film Samson and Delilah. Source: WomenIntheBible.net.

Name of the Year?

Laura at the Baby Name Wizard blog is accepting nominations for the 2006 name of the year. As she takes pains to point out, the name of the year isn't necessarily a popular baby name--it can be a name that dominates the headlines, like "Monica" in 1998 or "Katrina" in 2005. The winner will be announced in the blog in a couple of weeks.

What name do you think captures the spirit of '06? Do you suddenly know half a dozen babies named Atticus? Do you hear Akon songs everywhere you turn? Are you considering naming your first born after Nancy Pelosi?

Well, of course I find that last suggestion utterly beguiling, but probably unlikely. It's not only that "Nancy" was overexposed during the Eisenhower era and disastrously associated with Nancy Sinatra. It's also that the time-honored tradition of naming a child after a person of achievement and substance--a departed family member, a scientist, a saint, or a public servant--is alien to modern parents, who prefer to name babies after characters on television shows or the babies of the actors who play those characters. That is, if they name their babies after anyone: these days, being "original" in baby-naming (which often means coming up with a bizarrely spelled, gender-indeterminate, barely pronounceable word) trumps custom and common sense.

"Addison" (hugely popular because--surprise!--it's the name of a female character on Grey's Anatomy) and all those celebrity-aping -ayden names (Kayden, Caden, Jayden) seem to be commenters' favorites on BNW. Personally, though, I'm with commenter Angela, who wrote:

Borat is definitely the name of the year for 2006 - who had heard of that name before this year, and who hasn't heard of it now?

Elsewhere in BLANK-of-the-year contests, "truthiness" was named the 2006 word of the year by dictionary publisher Merriam-Webster. M-W is a little slow on the draw; back in January the American Dialect Society named "truthiness" its 2005 word of the year. The word was coined by Stephen Colbert of Comedy Central's Colbert Report to describe (as the ADS puts it) "the quality of preferring concepts or facts one wishes to be true, rather than concepts or facts known to be true."

And this just in: University of Illinois linguistics and English professor Dennis Baron has selected his own 2006 word of the year (well, two words): "roadside bomb."

Roadside bombs deserve special recognition this year because in a relatively short time they have carved out a deep niche – actually a scar – in our lexicon.  Roadside bombs explode regularly in the news as well as by the roadside.  They’ve made the headlines on twenty-eight of the past thirty days, and it wouldn’t surprise me if there’s a roadside bomb on today’s front page.

It’s the pervasive roadside bombs, car bombs, and suicide bombers, not WMD’s, that are actually killing people in Iraq.  One third of all the coalition troop fatalities in Iraq since the start of the war were caused by roadside bombs, and they’re presently causing half the deaths in that country. ...