Jacks of all trades, new or newly noted: 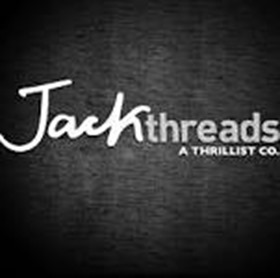 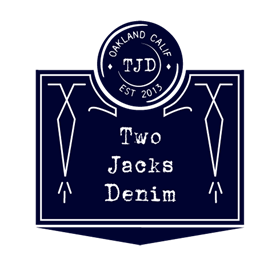 Our inspiration is two distinctly American writers known for their rugged individualism, sense of adventure and wild prose, Jack London, born in Oakland, and Jack Kerouac, native of Lowell, Mass., home to many of America textile mills during the Industrial Revolution.

Minor correction: Jack London spent his childhood in Oakland, but he was born (in 1876, as John Griffith London) across the bay in San Francisco.

Most jacks derive from the English proper name Jack, including the first one, jakke, “a mechanical device,” which first appeared in the late 14th century. The Online Etymology Dictionary has an extensive entry on jack and its variations. Here’s an excerpt:

The verb sense—to hoist, to raise—was originally an Americanism from the mid-19th century, as was the figurative sense—“to increase prices, etc.” (1904). The Online Etymology Dictionary again:

The Oxford English Dictionary has many additional entries for jack. Monterey Jack cheese is named for David Jacks (originally David Jack), a Scottish-born dairy rancher who first made the cheese in Monterey County, California, in the 1880s. Jack as a slang term for money is an Americanism from the late 19th century. And since at least 1930, the verb to jack has meant “to take illegally, to steal”; this jack is a shortening of the earlier hijack (origin unknown).

According to the Oxford English Dictionary, the children’s game known as jacks comes from jack-stones, originally check-stones, “a small smooth round pebble.” 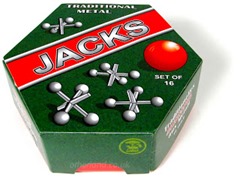 Jacks game from How Retro, which also gives the game’s history and rules.

See also my posts on the “Jacked” naming trend: here and here.

A scant two days after publishing a post about the “Jacked” naming trend I learned about yet another jacked-up brand name. 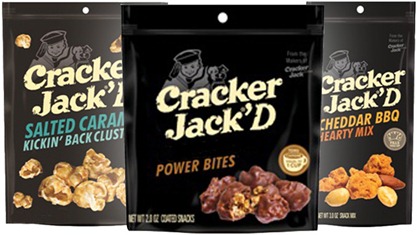 I’m a little late to this party: the Cracker Jack’D brand extension was announced last November by parent company Frito-Lay and started appearing in stores in December. The jacked ingredient in Cracker Jack’D is caffeine: the equivalent of a cup of coffee in every two-ounce bag, according to The Impulsive Buy. The company says Cracker Jack’D is intended only for adult consumers, and of course that stern warning will be 100 percent effective.

Also jacked up: the calorie count. Each wee bag contains about 450 calories (and 680 milligrams of sodium, if you’re counting). Original Cracker Jack has 120 calories per four-ounce “serving” and 70 mg of sodium.

(Right about now might be a good time for you to take a break and read “The Extraordinary Science of Addictive Junk Food,” the compelling cover story of the February 24 New York Times Magazine. It’s a long excerpt from Michael Moss’s new book, Salt Sugar Fat: How the Food Giants Hooked Us, and it contains revelations like this one: a serving of Yoplait brand yogurt contains twice as much sugar as a serving of marshmallow-centric Lucky Charms breakfast cereal.)

I can’t explain the apostrophe or the capitalized D in the Cracker Jack’D name. They may be there to preserve the integrity (so to speak) of the original Cracker Jack name, to look old-timey and folksy (like Amaz’n Asian Chik’n and Chop’t), or because some designer thought they looked cool. Less cool is the official spelling: Cracker Jack®’D.

Cracker Jack is one of the oldest surviving food brands in America; Andrew F. Smith, author of The Encyclopedia of Junk Food and Fast Food, calls it “America’s first junk food.” A version of the caramel-corn-and-peanut mix was introduced at the Chicago World’s Fair in 1893, and the first batch of branded Cracker Jack was produced in 1896. According to company lore, an enthusiastic sampler gave the brand its name when he exclaimed, “That’s crackerjack!” The “prize in every box” was introduced in 1912; the brand mascots, Sailor Joe and his dog Bingo, first appeared in 1918.

The Cracker Jack company was family owned until 1964, when it was sold to Borden. Borden sold the brand to Frito-Lay in 1997.

There are no prizes inside packages of Cracker Jack’D (get over it; you’re a grownup!). Flavors include Cocoa Java, Vanilla Mocha, Salted Caramel, Cheddar BBQ, and the suspiciously kid-friendly-sounding PB and Chocolate.

By the way, the original brand name is always singular: Cracker Jack. That’s why it rhymes with “…if I never get back.”

Posted at 08:11 AM in Abbreviations, Food and Drink, Jack, Naming, Trends | Permalink | Comments (2) 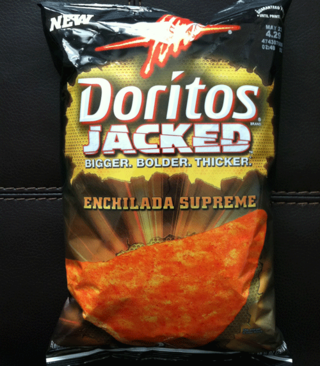 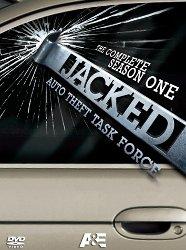 Imagine having to say that name on the phone 50 times a day.

Not just “Jack’s Nik’s” but “Two Jack’s Nik’s”? What could it mean? The website’s vagueness is compounded by sloppy editing, but the site does indicate that this restaurant, at 401 Haight Street, is a second-generation eatery. Its predecessors, both called simply Two Jack’s, are still open for business in San Francisco’s Bayview and Visitacion Valley neighborhoods. But neither of the founders was named Jack. Here’s what the home page says; I’ve done no editing except to spare you the all-caps text:

Two Jack’s Nik’s Place is a fresh twist on a 30
year San Franciscan tradition. Two Jack’s on
Haight Street first opened it’s doors in 1977
and the owners, Almeta and Stephen Perry,
introduced a unique style and unmistakable
quality of southern fried fish to the San
Francisco Bay Area.  Now 30 years later their
daughter Erica aka “Nikki”, along with her
family are continuing the family tradition by
providing the great quality with a few new
touches.  Join us and enjoy!

Speaking of “enjoy,” the proofreaders among you will relish correcting all the errors in that passage.*

“Two Jack’s Nik’s” is a tongue-twister and a head-scratcher. If there were two Jacks—maybe two jacks, as in cards or car-repair equipment?—why does the apostrophe appear before and not after the “s”? Why an apostrophe at all? Was there once someone nicknamed “Two Jack”? That might be a tale worth telling.

By now I think I can see several of you waving your arms and shouting another sibilantly possessive restaurant name. And yes, I too made the association with Ruth’s Chris Steak House, a national chain with more than 100 restaurants, including one in San Francisco. At least Ruth’s Chris has a story worth telling. Here’s my summary of the Funding Universe account:

The original Chris Steak House had been opened by Chris Matulich in New Orleans; after the place went bankrupt, Ruth Fertel—a native of  Happy Jack (!), Louisiana—scraped up the money to buy it in May 1965. Against formidable odds (including Hurricane Betsy, which devastated New Orleans later that year), the restaurant thrived. When Fertel decided to open a second New Orleans location, Chris Matulich sued to prevent her from using the name he’d established. So Fertel simply added her own first name.

Me, I’d have proposed a complete renaming. Happy Jack Steak House, anyone? The humor magazine McSweeney’s has a few other ideas, including “Kate’s Keith Steak House.”

As for Two Jack’s Nik’s Place—well, it has a respectable number of four- and five-star reviews on Yelp. And with a single exception, every reviewer spells it “Two Jacks,” without the apostrophe. Listen to your customers, TJNP!

* I counted eight mistakes, a 10 percent error rate that does not attest to “great quality.” The rest of the website could also benefit from a red pen: I caught “avacado,” “Bellini’s” (as a plural), and “Visitation” Valley. (The neighborhood retains the Spanish spelling.) Sometimes there’s an apostrophe in “Nik’s” and sometimes it disappears. Oh, and I’d advise against naming a burger “Anais.” It’s just not worth the rump-roast jokes.