Word of the week: Crixa

Happy Lunar New Year! It’s the Year of the Rabbit, so I’m digging deep into the archives to bring you a bunny-related* word I originally wrote about 15 years ago. 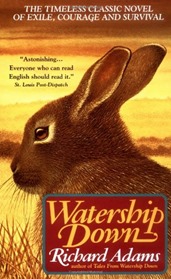 Posted at 06:16 AM in Animals, Books, Fictional Names, Food and Drink, Word of the Week | Permalink | Comments (0) 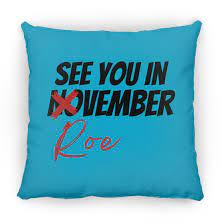 On the Visual Thesaurus: Character names

You may know me as a developer of company and product names, but I’m also interested in the whole spectrum of naming. In my latest column for the Visual Thesaurus—timed to coincide with National Novel Writing Month, aka NaNoWriMo—I look at fictional character names and offer some tips for creating memorable ones. I’m grateful to the many successful authors—including Elizabeth McCracken, Andrew Sean Greer, Taffy Brodesser-Akner, and Cathleen Schine—who generously shared their tips and insights with me. The column isn’t paywalled this month, so read (and share) freely!

Blog bonus #1: In the column I include a brief quote from a chapter on literary names in The Language of Names, the 1997 book by Anne Bernays and Justin Kaplan that’s occupied my reference shelf for more than a decade. Here’s a bit more from that chapter:

When the paperback edition of [Anne] Bernays’s first novel, Short Pleasures, was published in 1963, she was sued for a million dollars by a man who had the same unusual surname as one of her characters, a predatory, bisexual summer-theater director. The plaintiff was someone she had never met or heard of.

She discovered, too late, that there were only five people in the Manhattan telephone directory with that name, and they were all related to one another. It cost her thousands simply to defend the suit, which was eventually settled out of court.

Blog bonus #2: Want more naming suggestions, or feedback on your own characters’ names? Schedule a call with me on Clarity.fm. P.S. I also consult on book titles.

“Clickspittle: an unquestioningly loyal follower who obediently shares every trivial thought of their idol on social media.” Post-modern portmanteaus from The Age of Earthquakes: A Guide to the Extreme Present, excerpted in The Independent.  (Via @Catchword)

“Most important, it stood for Internet. But it also stood for other valuable i things, like individual, imagination, i as in me, etc. It also did a pretty good job of laying a solid foundation for future product naming.” A knowledgeable Quora answer to the question “What is the history of the i prefix in Apple product names?”(Via @AlanBrew)

When you’re creating a name, trademark protection is more important than domain name—but the wrong domain name can get you into trademark trouble, writes Brent Lorentz on Duets Blog.

“Around the time of the birth of OK, there was a fad for komical Ks instead of Cs on the pages of newspapers … including from 1839: ‘The gentleman to the left of the speaker, in klaret kolored koat with krimson kollar, is Mr. Klay, member of Kongress from Kentucky’.” Allan Metcalf, author of OK: The Improbable Story of America’s Greatest Word, marks the 176th anniversary of “OK” with a post about the word’s “konspicuous, kurious, komical” … uh, kwalities. (Read my 2010 post about “OK.”)

What do we lose when dictionaries delete words like bluebell, catkin, lark, and mistletoe to make room for blog, broadband, MP3 player, and chatroom? British nature writer Robert Macfarlane—most recently the author of Landmarks—writes in The Guardian about “the importance of preserving and plenishing a diverse language for landscape.” His essay includes some beautiful, obscure words like ammil, “a Devon term for the thin film of ice that lacquers all leaves, twigs, and grass blades when a freeze follows a partial thaw, and that in sunlight can cause a whole landscape to glitter.” Plenishing is pretty wonderful, too. (Via @StanCarey)

The Seattle Seahawks lost the Super Bowl to the New England Patriots. Maybe they’d have fared better under one of the other names nominated in a 1975 naming contest, including the Rainbeams, the Lumberjacks, and the Needlers. (Mental Floss)

“Check the trademark early on,” “Avoid focus groups,” and other good advice about naming from professional name developers. (Communication Arts)

A Krispy Kreme UK store withdrew a Facebook ad promoting “KKK Wednesdays” (Krispy Kreme Klub Wednesdays) “after users pointed out that KKK is also an abbreviation for the Klu Klux Klan.” (The Guardian, via Bonnie Taylor-Blake.)

“People talk about expensive meals using sex metaphors; for noodle joints and cupcake counters, they resort to drug lingo.” A visit to a London pub with linguist Dan Jurafsky, author of The Language of Food. (The New Yorker)

The Daily Brute, The London Asswipe, The Quibbler, and other fictional newspaper names. (Wikipedia)

“Be specific—but not wordy” and other tips for naming a blog. Includes a nice shoutout for Strong Language, where I publish from time to time. (The Daily Post)

Would you spend $30,000 to find “a unique name for your unborn child? A wonderful first name that sounds so good that it just had to be invented? A brand-new name with an exciting derivation and unmistakable history? “ This Swiss firm—whose own name is tough to pronounce—is banking on it. (erfolgswelle® AG)

Last week North Korea’s Workers’ Party released 310 exclamatory new slogans created to mark the country’s 70th anniversary, and Western news media have been having a glorious people’s field day with them. “Even allowing that they probably come off more melodious in their original Korean,” observed NPR, “some of the commandments are so awkward that it's hard to imagine them sounding right in any language.” Some are malodorous (“Let the strong wind of fish farming blow across the country!”), while others are creepy (“Let us turn ours into a country of mushrooms by making mushroom cultivation scientific, intensive and industrialized!”) and still others could have come from an overeager U.S. marketing department (“Go beyond the cutting edge!”). Here’s the complete list on KCNA Watch, an official English-language publication of the Korean Central News Agency.