Word of the Week: Murmuration

Murmuration: The collective noun for a flock of starlings. Attributed since about 1450, “one of many alleged group terms found in late Middle English glossarial sources, but not otherwise substantiated” (OED). Revived and popularized in the 20th century.

European starlings are regarded as pests in the US, but it’s hard not to be awestruck by their flocking behavior, which is no less magnificent for its being a survival function. In this video, which went viral last week, British artists Sophie Windsor Clive and Liberty Smith capture a murmuration during their canoe trip on the River Shannon in Ireland. Watch:

(Via multiple sources, including Kottke and Andrew Sullivan.)

A list of collective nouns for birds, from the Palomar Audubon Society in Escondido, California.

UPDATE: Read a post about murmuration at Sesquiotica, a fine blog about “words, words words.” 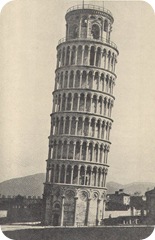 For your weekend enjoyment:

The Great Noun List. Exactly what it says: A whole lotta nouns, from aardvark to zoology. I just know this will come in handy sometime. (Via Anthony Shore.)

The Stoakes-Whibley Natural Index of Supernatural Collective Nouns, “for holiday or every day.” A gossip of mermaids, a percussion of goblins, a snarl of minotaurs . . . (Via Michele Hush.)

Collective Nouns That Might Be. A flush of plumbers, a scoop of journalists, a grid of electricians, etc. Scroll up the page for lists of conventional collective nouns.

Positive Words. Compiled about a decade ago by one Myron S. Hoyt, who wrote: “My ultimate goal is to select, from the overall universe of positive English words, a short list of the best positive words (certainly a somewhat subjective task) that one can read and enjoy whenever you wish.” Organized into somewhat subjective (but wonderful) categories, including “A Short List Of Some Positive Verbs Which May Be Applied To An Ideal Environment” and “Some Wonderful Positive Verbs and Helping Verbs.” (Via Anthony, again.)

How Fluther Got Its Name

I can't count the number of times I've worked on naming projects involving groups, crowds, or collections (usually of intangible stuff like information). I thought I knew every collective noun in English--and in a few other languages, too--but somehow until now I'd missed fluther.

I discovered the meaning of fluther at Fluther, a filtered question-and-answer site where users post and respond to questions. It's not the only such site--Yahoo Answers is the most popular destination in the category--but it's one of the newer ones (it launched in June 2007), and its witty design and elegant typography help distinguish it from the pack/covey/gaggle/knot/flotilla.

I especially appreciated this paragraph on the What Is Fluther? page:

A fluther is a group of jellyfish, like a gaggle of geese (or a taint of tilapia).
“Fluther” is pronounced /'flʌ ðɚ/. It rhymes with “brother” and “mother”.

Nice to know, because I'd been stuck between Luther and flutter.

Also nice: the general intelligence of the questions (and responses). For example:

"How did women's clothing sizes come about?"

"What are the advantages of mobile banking?"

Even the whimsy is classy; check out "What do the Fluther jellyfish resemble to you?"

Hat tip to Ari Herzog, who cross-posted his Fluther question--"What year could you buy a home telephone at a store?"--on Twitter. (I had supposed 1984, the year of the Ma Bell breakup, but apparently it was considerably earlier.)

P.S. For reasons unknown to me, the University of California Golf Club has posted this list of collective nouns on its website. It isn't annotated, but it's definitely long. Besides a fluther of jellyfish, the list includes a neverthriving of jugglers, a labour of moles, and a mutation of thrushes. Oh, and a page of Wikipedians. But I don't see one of my favorites, a murder of crows. And there's no collective noun for golfers! Have a suggestion? Post a comment below. I'll start you off: a lie of golfers.