What Season Is It?

About eight months ahead of schedule. 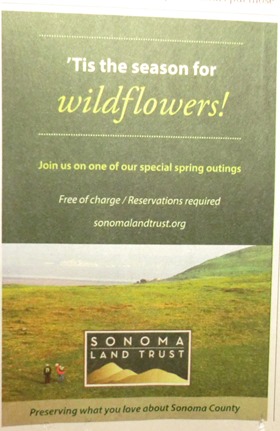 The name of the 131-year-old Orient-Express—the subject of a Paul Theroux travel memoir and an Agatha Christie murder mystery—will no longer be attached to hotels and restaurants. The new name, Belmond, was developed by AgencySacks and “is derived from Latin for beautiful and world,” according to Belmond’s chief marketing officer, Ralph Abruzza. Read an interview with Abruzza about the name change—which will not affect the Venice Simplon-Orient-Express train—and a backgrounder that includes the brand-launch presentation. News to me: Belmond, né Orient-Express, owns New York’s ‘21’ Club. (Skift)

Moriarty. Mordred. Voldemort. Mordor. Morlock. What’s the deal with “mor,” asks James Harbeck: “Is there something to the syllable that suits it for melancholy, darkness, and villainy?” (The Week)

Is Netflix responsible for the rise of “queue” in American English? (New Republic)

You’ve probably heard about Facebook COO Sheryl “Lean In” Sandberg’s campaign to ban the “bossy” descriptor for girls and women. Perhaps you’ve tangentially wondered, as I did, why cows are frequently called “Bossy,” at least in the U.S. There are two theories, and “no matter which of the two theories you pick, you end up in Latin.” (World Wide Words)

From Pandemic to Yellow Top: 41 brand names given to drugs in “The Wire.” (Mental Floss, via Wordnik.)

And speaking of fictional drug names, here’s a great big old Wikipedia list of them. (I wrote about one of those names, Ablixa, last year.)

Languages that have contributed to English vocabulary: a nifty historical infographic (Lexicon Valley)

If you must do naming research, here’s how not to do it. (Tip: Never ask “Is this name easy to say?”) (Lexicon blog)

I attended my first roller derby match a couple of weekends ago, and couldn’t believe my ears when the announcer said that Fatal Dreidel would be skating for the Oakland Outlaws. Not only is that her actual nom de derby, it turns out there’s a whole subgenre of Jewish derby pseudonyms, including Mayhem Bialik, Yom Tripper, and Hebrewno Mars. (Jewniverse, via Diane Fischler.)

For more on derby names, see my May 2011 linkfest and law professor Dave Fagundes’s “Talk Derby to Me” (great title!), on “intellectual property norms governing roller derby pseudonyms,” published in 2012 in the Texas Law Review.