Or should it be Oktoberlinkfest?

In case you didn’t notice the embedded link in my post about the Gap logo flap, allow me to formally introduce you to Your Logo Makes Me Barf, a blog with a clearly stated beat: “Bad logos, awful logos, and logos that are even worse than that.” Occasionally, YLMMB critiques barfy names, too; check out the series on “X By Design” names.

Speaking of barfy names, Johnson, the language blog of The Economist, has compiled a little list of “novelty names that contain unnecessary punctuation, bogus foreign accents and diacriticals, random use of capitals or lower-case letters, and so on.” Commenters have been gleefully adding their own nominations. I’ve griped here about Co. and Co:, two gratuitously punctuated design/brand agencies. (Hat tip: Hanging Noodles.)

Ever wondered who would live in the rooms pictured in “lifestyle” catalogs like Pottery Barn and Restoration Hardware? Catalog Living—the creation of Los Angeles actor/writer/comedian Molly Erdman—reveals the secret, stylish lives of “Gary” and “Elaine,” using actual catalog photos and invented storylines. Here’s one of my recent favorites: 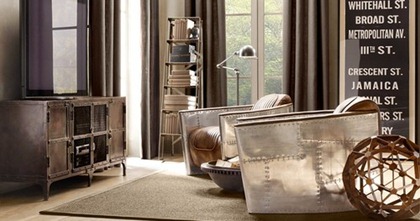 “On a cold winter night, nothing pleases Gary and Elaine more than snuggling up in their comfy metal chairs and tossing around the decorative polyhedron.”

Up against a writing deadline? Write or Die—“putting the ‘prod’ in productivity”—lets you set your word goal, your time goal, the grace period, and the consequences of failure (beware the Electric Shock Mode!). Via Swiss Miss.

As regular readers know, I have a bit of a mania for man-words like mansplain and mancession. So does language maven Mark Peters, whose recent column for Good magazine explores man-caves, manssieres, Man Laws, and other hypermasculine lingo. (Oh, and he quotes me, so naturally I’m pleased.)

The blog of British retailer Debenhams has compiled a dictionary of fashion portmanteaus to help customers decipher the meanings of neologisms like jardigan (“a thick, jacket-like cardigan”) and meggings (“male leggings”). But really: whorts? (Via Lori Burwash.)

More fashion: Mighty Red Pen ponders the proliferation of “Sherpa-lined” garments this season, and concludes: “A Sherpa is a person. . . . So, a jacket lined with Sherpa? Ew.”

Trademark/branding expert Kevin Houchin lays down the law—well, he’s a lawyer—on how to avoid lame names. His posts add up to a clear, concise primer on name categories, trademark strength, and brainstorming tips. I especially like this tip: “Force something unfamiliar into the mix.”

John Gruber compares Microsoft’s press releases with Apple’s and concludes, “You can accuse Apple of hyperbole, but not opaqueness.” (Hat tip: Lance Knobel.)

I would probably love maps even if I didn’t depend on them so pathetically. (I have a terrible sense of direction.) I especially love fanciful or imaginary maps, so I’m especially pleased to see xkcd’s Updated Map of Online Communities, a recent revision of the 2007 original. (The updated map will soon be available as a poster; you can place an order now.) Ethan Bloch of Flowtown has created his own 2010 Social Networking Map, which differs pretty significantly from xkcd’s. Meanwhile, Ian Huebert’s lovely Literary City map, which first appeared in the San Francisco Chronicle in 2009, is finally available as a poster from Electric Works in San Francisco.

Welcome to the Wayback

Can’t afford a summer vacation? Why not take a cruise back in time, to when technology was more thrilling and much, much more complex.

Continue reading "Welcome to the Wayback" »

From Robert Redford's customer letter on Page 2 of the Spring 2010 Sundance Catalog:

Spring. I love Spring. Not only because it springs eternal in the human breast but because it provides a stretch of time to just appreciate the natural beauty of seasons.

Hope springs eternal in the human breast;
Man never is, but always to be blest:
The soul uneasy and confin'd from home,
Rests and expatiates in a life to come. 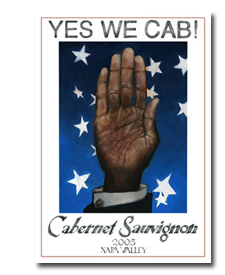