Name in the News: Addyi

Earlier this week, Sprout Pharmaceuticals announced that the U.S. Food and Drug Administration had granted approval of Addyi (pronounced “ADD-ee,” as though the “i” weren’t there), a once-daily, non-hormonal pill for the treatment of low sexual desire in premenopausal women. The prescription drug, whose generic name is flibanserin (fly-BAN-ser-in), will go on sale October 17, 2015.

Other reporters have commented on the medical and business aspects of the announcement. Even The Onion, America’s finest news source, has weighed in. I’m here to talk about the Addyi name—its spelling, its pronunciation, and its brand qualities.

Posted at 07:11 AM in Aptronyms, Names in the News, Naming, Pharmaceutical, Women | Permalink | Comments (2)

Name in the News: Tweed

The main headline in the business section of Sunday’s New York Times was “When Cannabis Goes Corporate”; the story centered on Tweed Marijuana, one of 20 companies officially licensed to grow marijuana in Canada.

There are no precise equivalents to Tweed outside Canada, where marijuana cultivation and sale are federally regulated.* But even without direct comparison, the Tweed name stands out as multilayered and highly distinctive. 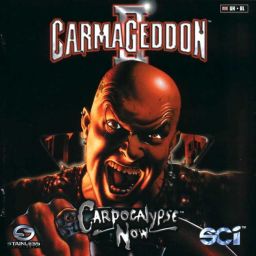 This weekend, 11 miles of the I-405 freeway in Los Angeles will be closed for 53 hours for the demolition of the 51-year-old Mulholland Bridge. The freeway connects L.A.’s Westside and the San Fernando Valley; on an average weekend, it carries 500,000 cars.

Even the New York Times is calling it Carmageddon. (Predictably, the Times misspelled “Westside.” It’s one word in L.A.)

“There’s gridlock on the 405 virtually any time of the day, but particularly during the rush hour, and if you think it's bad now, let me just make something absolutely clear: On July 16 and 17, it will be an absolute nightmare,” said Mayor Antonio Villaraigosa.

Other city leaders are doing their best to sound upbeat. On Metro.net, L.A.’s public-transit hub, two Metro officials offered soothing reassurances that “the project is on schedule” and if Angelenos will just stay home over the weekend, “everything will go smoothly.”

Readers may be less than heartened to learn that one of those officials, Metro’s executive director of highway projects, is named Doug Failing. I did not make this up.

This is the second coming for carmageddon: The word was reportedly coined (from car and Armageddon) by a KNX Newsradio anchor, Denise Fondo, for the August 2010 visit to L.A. by President Obama. As you may have heard, Los Angeles survived that event.

This year’s Carmageddon has its own Facebook page and an app, powered by Israeli startup Waze, that relies on crowdsourced traffic information. There’s a website and Twitter feed that encourage bars and restaurants in the Carmageddon Zone to offer discounts “to weary travelers.” Oh, and the L.A. Times has a special Carmageddon Twitter feed, too. (“Two words: surface streets.”)

Another local paper, the LA Weekly, has been counting down to Carmageddon with almost unseemly glee. On June 30, the Weekly published a Carmageddon Q&A headlined “Will It Suck? Yes It Will.” A sample exchange:

And it wouldn’t be an impending disaster without a Hitler-meme video, would it? This one is particularly well executed (you should pardon the expression), and extra-hilarious if you know L.A. well enough to catch all the Southland references.

I-405 graphic from CarMageddonLA. Yes, you can buy a T-shirt.

The Naming of Fish...

...is a difficult matter, according to this restaurant review in the Times (UK):

The naming of fish is a nightmare. They have more aliases than Maltese pimps. Can you tell the difference between a scampi, a langoustine, a Dublin Bay prawn or a Norwegian lobster? No, of course you can’t, because they’re all the same thing. Except in America, where scampi can mean an Italian prawn, even though Italian for prawn is gamba. And Americans call prawns shrimp. More than 150 varieties of fish are regularly called red snapper, and monkfish is also anglerfish, and occasionally a goosefish, and quite often mistaken for a grenadier fish, which is also called rat’s tail, though it’s difficult to tell, because none of them is ever sold with its head on. A dead shark is a dogfish, a huss or a rock salmon. In a tin, a pilchard is a pilchard. On the slab, it’s a Cornish sardine. Whelks are not worth eating.

So the dish formerly known as pollock is now colin. Except that colin is already another fish; it’s the French name for hake. Which in Ireland is often called fake, because it’s sold in chippies as cod. The Chilean sea bass is a Patagonian toothfish, and fish fingers aren’t. This business of renaming things to make them taste better or cost more makes me irrationally angry, which is another word for furious. Why should I care? The fish don’t care. They probably go through their whole lives thinking they’re called Derek the whale, before discovering at the last moment that, in fact, they’re colin the pollock.

Hat tip to Fritinancy reader Mr. Wuxtry, who forwarded the link. The Times's restaurant reviewer, by the way, is named A.A. Gill. "And who better to write about fish than a man named Gill?" asks Mr. Wuxtry. Who indeed. 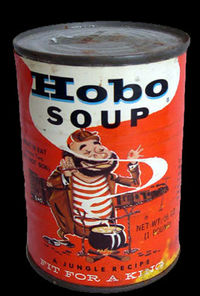 1. Linguists don't know for certain where "hobo" comes from. Its first dictionary appearance was in 1893, when it was associated with California and the Northwest. Attempts to pin its derivation to homeward bound, homeless body, and hopping boxcars have proved fruitless. Overheard in New York appears to be campaigning to revive its use. And this New Yorker cartoon by Matthew Diffee turns it into an identity-politics label. (Hat tip: Back of the Cereal Box)

2.Dry ice (solid carbon dioxide) is a genericized trademark. The company that first named the substance (and manufactured it commercially), the Dry Ice Corporation of America, received the trademark in 1925.

3. Iceland does not permit anyone, including immigrants, to take or keep foreign surnames.* The government made an exception for Russian maestro Vladimir Ashkenazy, who became an Icelandic citizen in 1972.  Source: this Mental Floss article, which includes other personal-name curiosities. (Ashkenazy, by the way, currently lives in Switzerland. His wife, Sofia Johannesdottir, is Icelandic by birth.)

4. At the American Name Society's 2009 annual meeting, to be held next month in San Francisco, the session titled "Aptronyms: Names and Vocations" will be chaired by Dr. Ernest Abel of Wayne State University. Doubtless the honorable chair is both earnest and able.

* Iceland is unique among European countries in that surnames—last names passed down from generation to generation—are rare.  Instead, the father's first name is the basis of the child's last name; girls attach "dottir" to the name, and boys attach "son." In an Icelandic telephone directory, persons are listed alphabetically by first name. More on Icelandic language and naming conventions here.

Image of Hobo Soup ("A Jungle Recipe / Fit for a King") from Mr. Bali Hai.

The Aptronym and the Googlegängers

Jason Captain was until recently a lieutenant in the U.S. Navy, which is amusingly aptronymic in itself. (Lieutenant Captain, meet Major Major Major Major.) But then he left the military to train to be a commercial airline pilot, according to this article in today's New York Times.

(Or maybe not: "[W]ith the airline industry ready to go into another swoon because of high fuel prices, Mr. Captain and other junior pilots could find themselves furloughed.")

Elsewhere in today's Times--on the front page, as a matter of fact--reporter Stephanie Rosenbloom investigates Googlegängers--namesakes found through Google searches. (From German Doppelgänger, literally "double goer": a ghostly double or counterpart of a living person.) From the article:

In “Finding Angela Shelton,” a book published this month, a writer named Angela Shelton describes her meetings with 40 other Angela Sheltons. Keri Smith, an illustrator, has posted drawings of six of her Googlegängers on her blog. There are name-tally Web sites like SameNameAsMe, and Facebook coalitions including nearly 200 people named Ritz (their insignia is a cracker box logo) and a group aiming to break a world record by gathering together more than 1,224 Mohammed Hassans.

But while many people are familiar with Googlegängers, a fundamental question has gone unanswered: Why do so many feel a connection — be it kinship or competition — with utter strangers just because they share a name?

I'm certainly familiar with the phenomenon. Well before Google's advent, I crossed virtual paths with Nancy Friedman of St. Louis, who calls herself the Telephone Doctor. (She advises companies on improving their customer service skills.) When the Rainbow Room closed in New York City, a news article mentioned its publicist: Nancy J. Friedman.

I also learned of the still barely Googleable Nancy M. Friedman, a therapist who lived only a mile away from me. (I used to get voicemail messages from her clients.) Nancy M. and I eventually met and, yes, bonded. It turned our we belonged to the same gym and bought subscriptions to the same performing arts events.

Out of idle curiosity, I began looking for and discovering more and more Nancy Friedmans.  At one point I considered writing an article or even a book about this odd little sisterhood--it turns out we all were born within a few years of each other--but I ended up consigning the information to the Not About Me section of my web site. (Scroll down.)

Angela Shelton, however, did publish a book, Finding Angela Shelton, about her encounters with 40 namesakes. And Grace Lee, a Korean-American filmmaker, made The Grace Lee Project, "a funny, highly unscientific investigation into all those Grace Lees who break the mold -- from a fiery social activist to a rebel who tried to burn down her high school."

I'm pretty sure there was another first-person documentary on the subject, by a male filmmaker. Does anyone remember its name?

Stephen J. Dubner, co-author of Freakonomics, the book, and Freakonomics, the blog, announces a contest to identify the best aptronym (a name ideally suited to its owner). The name to beat is Paige Worthy, an editor at Good magazine.

No deadline is mentioned, but entries are already rolling in. The winner gets a copy of the Freakonomics book or a Freakonomics yo-yo--your choice.

Loved Jennifer Senior's mordant cover story, "How to Be Happy," in the July 17 New York magazine. In it, she picks the brains of the guy who designed the Authentic Happiness Index; considers the success of Daniel Gilbert's Stumbling on Happiness (if there were a Netboox, this title would be in my queue); and talks to happiness dissenters such as Barbara Held, the author of Stop Smiling, Start Kvetching, which was published just after 9/11. Senior missed an opportunity, though, in talking about one of the eminences grises of HappyThink: University of Pennsylvania psychologist Martin Seligman, who coined the term "positive psychology." In German, "Seligman" literally means "happy man."

There's a word for this sort of felicitous matchup: aptronym, allegedly coined by Franklin P. Adams, the American newspaper columnist of the 1920s and 1930s. (Senior's article includes another aptronym: Samuel Smiles, the Scot who published the first self-help book--Self-Help--in 1859.) The late San Francisco Chronicle columnist Herb Caen called them "namephreaks": Cardinal Sin of Manila, a veterinarian named Fowler, the writer Francine Prose, and--one of Caen's favorites--a Shirley Nice who taught a class on "How to Handle People with Tact and Skill."

As Timothy Noah wrote in Slate back in April, Tony Snow became an ex officio aptronym when he took on the job of Bush White House press spokesman--snow jobs being part of the job description. Noah, by the way, keeps a running tab in his Aptronym Yellow Pages, which he updates occasionally with posts such as this list of apt lawyers' names. If you know of some he missed, please pass them along to me.