Word of the week: Duty

The word came into English in the 13th century, from Anglo-Norman dueté, a word with connections to due and debt. It retains a slightly antique air tinged by its original meanings of “reverence” and “homage” and by its sense of a monetary obligation. But for Queen Elizabeth II, who died on September 8 at 96, duty was no anachronism. It was a thread woven through her adult life, and it was the word that eulogists reached for when paying tribute to her.  “A monarch bound by duty” was the AP’s headline. On the CNN website author and professor Peter Bergen called duty “the one word that defined Elizabeth II.” “She made sacrifices to duty,” her son Charles, now King Charles III, said in a televised tribute the day after her death—a royal understatement if ever there was one.

Opening frame of a video of scenes on the theme of duty from the Netflix series The Crown.

The sense of duty was there from the start. She wasn’t supposed to reign at all; only the abdication of her uncle, Edward VIII, to marry “the woman I love,” put her in the direct line of succession. Elizabeth apparently never considered such a self-interested dodge for herself, although she probably would have preferred to hang out in Scotland with her horses and her corgis and leave the reigning to someone else. And she fulfilled her duty to the end: Just two days before her death, the ailing queen gamely rose to her feet and received the new British prime minister, Liz Truss, and ceremonially invited her to form a government.

We may profess admiration for this rock-ribbed royal sense of duty, but the truth is that in our own lives we mostly see duty as unfashionable and often a royal pain. A duty is a burden. It’s a tax on imported goods. It’s (sigh) jury duty. Or it belongs to a separate, regimented, quasi-fictional sphere: Enter duty as a general search term and you’ll get dozens of hits for Call of Duty, the nearly 20-year-old first-person-shooter game that, notably, has mostly focused on past conflicts (World War II and the Cold War in particular). 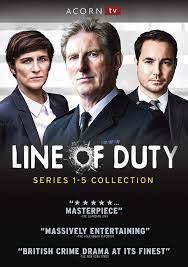 Line of Duty was a British police-procedural series that aired for six seasons beginning in 2012; it’s available from the BritBox and Acorn streaming services. The phrase “line of duty”—all that is required in a particular field of responsibility—was first documented in English in 1918.

Duty has even gone missing from the Girl Scout promise, which is probably where I first became aware of the word. Here’s the original promise, written in 1927 and unchanged for many decades:

On my honor, I will try:
to do my duty to God and my country
to help other people at all times
to obey the Girl Scout Laws.

And here’s the contemporary version, which substitutes service (voluntary!) for duty (obligatory):

On my honor, I will try:
To serve God and my country,
To help people at all times,
And to live by the Girl Scout Law.

(Yes, a deity is still invoked, and plural laws has been collapsed into singular law.)

Duty became a little sullied when, in the 1930s, “to do one’s duty” began to be a sniggering euphemism for defecation and urination. But there’s a more serious reason for duty’s demotion: The word and the concept were actively targeted by Ayn Rand (1905–1982), the improbably influential hack novelist who is the darling of techbros and right-wing politicians looking to make a virtue of selfishness.

Rand was positively incensed by duty. Here’s a quote from her essay “Causality Versus Duty,” cited in the Ayn Rand lexicon:

One of the most destructive anti-concepts in the history of moral philosophy is the term “duty.”

An anti-concept is an artificial, unnecessary and rationally unusable term designed to replace and obliterate some legitimate concept. The term “duty” obliterates more than single concepts; it is a metaphysical and psychological killer: it negates all the essentials of a rational view of life and makes them inapplicable to man’s actions . . . .

The meaning of the term “duty” is: the moral necessity to perform certain actions for no reason other than obedience to some higher authority, without regard to any personal goal, motive, desire or interest. …

“Duty” destroys reason: it supersedes one’s knowledge and judgment, making the process of thinking and judging irrelevant to one’s actions.

“Duty” destroys values: it demands that one betray or sacrifice one’s highest values for the sake of an inexplicable command—and it transforms values into a threat to one’s moral worth, since the experience of pleasure or desire casts doubt on the moral purity of one’s motives.

“Duty” destroys love: who could want to be loved not from “inclination,” but from “duty”?

“Duty” destroys self-esteem: it leaves no self to be esteemed.

If one accepts that nightmare in the name of morality, the infernal irony is that “duty” destroys morality.

One tries to imagine Queen Elizabeth having Ayn Rand for tea, perhaps out of a sense of duty. One’s imagination is not up to the task.

Ayn Rand's definition of "duty" is in today's right-wing mode: set up a straw man, then demolish it.
"Line of Duty" is an excellent series.