Word of the week: Hiatus

A break, a gap, an interruption. Example sentence (and also a true statement): I’ll be on hiatus from the blog during the month of August.

I may pop back in once or twice—I’m reading a book I’d like to review here—but mostly I’m going to imitate French people, or New York psychoanalysts, and take the month of August off. I’ve never done this before, but every sixteen years or so—yes, it’s been that long—I figure it’s a good idea.

The -us suffix is a clue that hiatus was imported into English directly from Latin, where it meant “gap” or “opening.” It first appeared in print in English in the 16th century, in the now-obsolete sense of “a break in the continuity of a material object.” In the 19th century it was taken up by physicians, who used it to describe an anatomical opening such as a hiatus hernia (in which an organ protrudes through the diaphragm).

This is the Hiatus type font, which looks appropriately languorous. 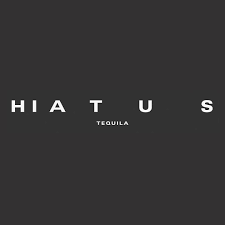 And speaking of typefaces, the spaced-out Hiatus tequila wordmark is nicely suggestive. (I could have done without the tired trope of the dictionary definition and phonetic guide on the home page, though.) The brand, which launched in the US in late 2018, was founded by Kristopher DeSoto, a former international helicopter salesman. 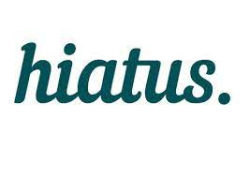 This is the wordmark of Hiatus, an eco-conscious surf and skate shop in Swansea, Wales. It opened in September 2020 after numerous pandemic-related delays. 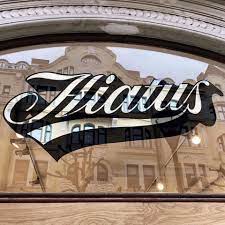 Then there’s the Hiatus shop in Malmø, Sweden, which has (or had) this grand, swoopy wordmark. (There’s a much sparer, Helvetica-like wordmark on the website.) The shop carries a lot of athletic and athleisure brands, including Dearborn, Michigan–based Carhartt, which has been manufacturing workwear since 1889.

See you in September, here or elsewhere.

Posted at 06:00 AM in Branding, Naming, Word of the Week | Permalink

I know it's entered common usage, but "on hiatus" strikes me as linguistically awkward.