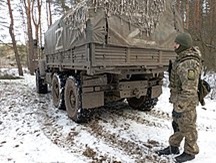 Clive Thompson on how the auto industry invented jaywalking—originally spelled “jay walking”—in the 1920s to teach pedestrians to fear and respect cars: “In the early 20th century, the word ‘jay’ mean an uncultured rube from the countryside. To be a ‘jaywalker’ thus was to be a country bumpkin who blundered around urban streets — guileless of the sophisticated ways of the city.” A century later, Thompson writes, the tactic is still employed: “In our contemporary age, many firms employ very much the same trick: Evading responsibility for their products by claiming it’s our fault if we get harmed by them.” 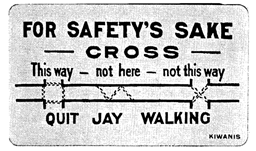 “A 1921 card handed out to pedestrians, with the newfangled term ‘jaywalking.’” – Clive Thompson

In case you missed it: I wrote last week about merkins in film, in art, in trademarks and in naming.

The fabulously useful and addictive Baby Name Wizard Name Voyager vanished in December 2021 when Baby Name Wizard was sold. But there’s good news: for everyone who misses it (including yours truly); The original proprietor, Laura Wattenberg, has introduced an even more powerful tool on her new blog, Namerology. The Baby Name Grapher is “a visual, interactive gateway to US baby name history” that includes 12,679 names and two visualization modes. 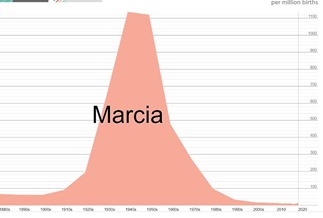 An 18th-century racehorse was named Potoooooooo (pronounced “Potato”—pot-8-O’s). (Via Erin McKean’s splendid newsletter, Things I Learned While Looking Up Other Things.) 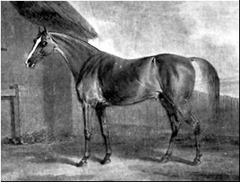 “What are foodways? And where does the word come from? And why is it so commonly used in the United States and so rarely used in Europe?” (Food historian Rachel Laudan, via food historian H.D. Miller, who is on record as hating the word “foodways.”)

Eponymous laws! Laws of the Internet (Shank’s Law: There is no idea so batshit insane that you can’t find at least one PhD scientist to support it); Laws of Programming (Brooks’ Law: Adding manpower to a late software project makes it later); Miscellaneous (Sigler’s Law of Eponymy: No scientific discovery is named after its original discoverer).

For your listening pleasure:

* This week we bid a sad farewell to Spectacular Vernacular, Slate’s delightful language podcast that deserved a much longer run. In the final episode, hosts Ben Zimmer and Nicole Holliday reflect on past guests and chat with Ann Friedman (no relation), founder of the Planet Word Museum in Washington, DC.

The Z and V on Russian military vehicles were meant simply as tactical deconfliction markings of course (remember, the Ukrainian military uses identical or very similar equipment and vehicles).

This is a fairly common operational expedient and has also been employed by other armies.

However, it's clear that that expedient Z has now taken on an internal propaganda life on its own now (i.e., directed at Russians).