How are the 1,500-pound gorillas of commerce doing these days? Let’s rattle some Facebook and Amazon cages and find out!

In October 2021, Facebook CEO/founder Mark Zuckerberg announced the company’s new umbrella brand: Meta. On February 15, 2022, he revealed a brand extension of sorts: Facebook employees, formerly known as Facebookers, would henceforth be called “Metamates,” heave-ho-ing together under the banner “Meta. Metamates. Me.”

In a tweet, Facebook soon-to-be chief technology officer Andrew Bosworth said that “Meta. Metamates. Me” is a “reference to a Naval phrase which Instagram has used for a while." The phrase used by Instagram is “Ship, Shipmates. Self," which, snarked Gizmodo reporter Tom McKay, “is at least partially a reminder of how not to drown to death and doesn’t sound at all sexual.” (The headline over McKay’s story declares that Metamates “is a really fucking stupid name if you ask me.”)

According to a New York Times story, “Metamates” was “coined by Douglas Hofstadter, a professor of cognitive science at Indiana University and author of the Pulitzer Prize-winning book Gödel, Escher, Bach: An Eternal Golden Braid.” After an employee emailed Hofstadter for ideas, Hoffstadter suggested “teammate,” because “each half of the word is an anagram of Meta.” He recommended Metamate as an alternative. (Hofstadter doesn’t use Facebook or any other social media.) 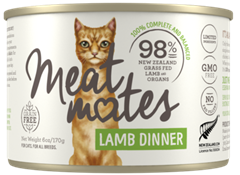 I’m strongly tempted to give Metamates a Greek pronunciation, with the stress on the second syllable. You know, the ancient playwright known for his skillful use of metaphor and metonymy.

Speaking of -nymy, cute names for groups of employees are increasingly common in tech: Googlers at Google, Tabloids at Tableau Software, Mozilllians at Mozilla, Pinployees at Pinterest. (Outside of tech, I’ve long been fond of “Peetniks” for employees of Peet’s Coffee.) In 2015, technical editor Mike Pope—who has been, serially, a Microsoftie, a Tabloid, and an Amazonian and is now a Googler—solicited category names for this type of moniker. He settled on endonym, which essentially means “in-group name.”

Exactly how endonymic is “Metamate”? Do only salaried employees qualify for the label? Still unknown.

I asked Facebook's press team whether the company considers Sama content moderators on $1.50/hr as "Metamates."

"I’m afraid we don’t have anything to share" is the answer to that question, from Meta's spokesperson Ben Walters.

Facebook’s Metamates are not alone in their meatspace—um, metaspace. A German company called Meta Mate sells yerba mate (pronounced mah-teh), a caffeine-rich infusion that, Wikipedia tells us, is “made by soaking dried leaves of the holly species Ilex paraguariensis in hot water and is served with a metal straw in a container typically made from a calabash gourd (the mate proper), but also in some areas made from a cattle horn (guampa).”

Then there’s MetaMate NFT, which calls itself “the first dating NFT game in blockchain world.” I suspect that English is not the first language of its creators. 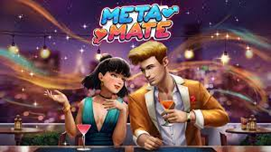 “Targa and Elia were childhood friends. They were meant for each others. They never thought that there can be... other possibilities. In the vast cities of MetaMate, they encounters many other men and women, darlings who are successful in their careers, dressing up in fashionable outfits, playing engaging games.” [Sic!]

Wednesday’s New York Times brings us “Amazonification,” which Garson O’Toole flagged in an email on the American Dialect Society listserv. The word appears in the online headline and in the body of a story by Cecilia Kang about a Whole Foods in her Washington, DC, neighborhood: “Now the Amazonification of the grocery chain is physically complete, as showcased by the revamped Whole Foods store in Glover Park.”

The print headline is “Amazon Puts a Set of Eyes on Your Whole Foods Basket.” The store’s automation technology is called Just Walk Out, which is kind of ambiguous, no? Yes, you can just walk out without human interaction or monetary transaction. You can also Just Walk Out in disgust.

“Amazonification” isn’t new; this isn’t even its first appearance in the Times. (That occurred on May 18, 2018, also in reference to Whole Foods.) The earliest appearance I could find in any publication is from May 25, 2016, on the Scale VP website: “This trend of using third-party software to keep pace with Amazon is what we call the Amazonification of Commerce.” The verb “Amazonify” has also popped up over the last several years; it means, more or less, “to put the Amazon stamp on another business or field of endeavor”; or to imitate Amazon’s business tactics.

Other business names have taken the -ify suffix, most notably Disney. “Disneyfication”--“the transformation (as of something real or unsettling) into carefully controlled and safe entertainment or an environment with similar qualities,” as Merriam-Webster puts it—was coined by the American critic Lawrence Lipton (father of James Lipton of the Actors Studio), who used it The Holy Barbarians, his 1959 survey of the Beat Generation. It was popularized by the British social researcher Alan Bryman, who preferred an alternative, Disneyization, which he deemed more neutral in tone.

Why not “Amazonization” instead of “Amazonification”? It’s shorter by one syllable, and it has the zippy double-Z spelling (in American English, anyway). In fact, there have been attempts to make “Amazonize” happen. Here’s an example from October 2017 from the blog of Dynamic Yield, which does something disruptive with something called Experience Optimization: “The phenomenon of ‘Amazonization’ refers to the wholesale disruption occurring across retail and eCommerce thanks to the leviathan-like presence of Amazon.com. Amazonization represents the spiritual successor to ‘Walmartization’ that occurred across North America in the 1990s and early 2000s.”

But there’s also an older sense of “Amazonize”: “to rally in defense of the Amazon rain forest.” It dates back to a 1966 pastoral letter from a Brazilian bishop. Maybe that sense lingers over the word, as appealing as it may be to describe the activities of the Seattle leviathan.

Or maybe we’re all still too besotted by -ify words and names to part with “Amazonify.” If you need proof, see Chris Johnson’s Wall of Namifying, which charts 338 -ify company names, from Spotify to Expensify, Backfupify, Knowify, Grabbify, and beyond. It hasn’t been updated since 2014, but it’s probably timeless.

Posted at 06:00 AM in -ify, Facebook, Names in the News, Naming, Neologisms, Retail | Permalink