« I've changed my mind about the word of the year | Main | Book review: "Brand Naming," by Rob Meyerson » 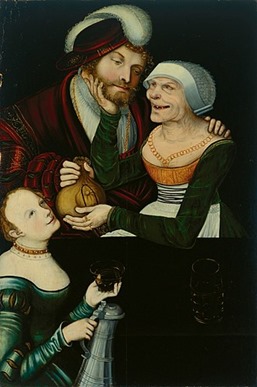 A socialite, according to the OED, is “a person who is prominent in fashionable or wealthy society; a person who is fond of social activities and entertainment.” It’s a 20th-century-American word that first appeared not in New York or Boston or Philadelphia but, whaddyaknow, in my hometown newspaper, the Oakland Tribune, in June 1909: “Here the ultra socialites were wont to gather at the bidding of the lovely daughter of the house.” The word may have been partly a play on “social light”* and partly an imitation of other words with the -ite suffix, one of whose meanings is “connected with or belonging to.” (Compare “Brooklynite” and “Canaanite.” In trade names there’s Mediaite, “the top U.S. website covering the intersection of media and politics.”)

As a type, the socialite has probably been around forever. In the 21st century, says Wikipedia, “The lines between being a socialite and celebrity with an exuberant partying lifestyle have since become blurred due to the influence of both popular culture and the media, particularly when the status of being a celebrity is largely due to that lifestyle.”

Socialite has always been at least a little pejorative. After the death of San Francisco hostess/woman-about- town/S-word Nan Kempner in 2005, the New York Times published a Week in Review essay headlined “Dahling, I Am Not a Socialite”:

“Socialite is a bad word,” Pamela Fiori, the editor in chief of Town & Country magazine, said with a tone usually reserved for a dinner guest who picks up the wrong fork.

“Socialite is identified with ‘light’ in every sense of the word,” she added, “light-hearted, light-headed, not substantial, not to be taken seriously.”

“As many headlines about this trial remind us,” Garelick writes, Maxwell “is a ‘socialite,’ and socialites harness style and status to create connections. In fact, examining her particular talent for this avocation — and how her style contributed to it — explains a lot about the workings of Mr. Epstein’s enterprise”:

There are two kinds of socialites, as Dr. Andrew Solomon, a psychologist and the author of “Far From the Tree,” suggests: “Socialites who are to the manner born, whose function is to have connections made with them. And there are those who earn their place, by constantly bringing together people, and then bask in the reflected glory of those introductions.” Ghislaine Maxwell, he said, was in an “ironic position.” She was to the manner born, Dr. Solomon said, but “she had to shift gears and become that other kind of socialite,” after her family lost its money.

In both cases, though, “socialite” is a term reserved for women. While some men may operate similarly, they would never be labeled socialites because men are presumed to have individual identities beyond their social interactions. And because a socialite’s success depends upon an array of attributes still largely considered feminine: charm, poise, grace, beauty, cultivation and polish.

None of those attributes mattered in court last week. It seems likely that for the foreseeable future Ghislaine Maxwell, former socialite, will be socializing in a very different circle than the one she’s been accustomed to.

Related: How to pronounce “Ghislaine.” And here’s some unsettling etymology: “Ghislaine” derives from the Germanic words gisal, meaning “hostage,” and lind, meaning “sweet.”

* A California company called Socialite, in business since 2015, makes those ring lights used by “influencers”—social-media lights for new-media socialites.

Posted at 06:15 AM in Current Affairs, Suffixes, Word of the Week | Permalink

"Procuress" indeed. I'm hoping some of the men implicated get their comeuppance too...I'm off to read the Dr. Garelick article now.

I always thought it was "to the manor born" (not manner) but have I been wrong all these years?

Susan: The phrase comes from Hamlet: “I am native here and to the manner born.” But “manor” comes up a lot as a pun—e.g., there was a BBC sitcom called “To the Manor Born.”

Joan Smith in The Guardian went with gender-neutral "procurer", though the subeditor added "sex trafficker" in the headline.

“Socialite” was banned from The San Francisco Chronicle for a long time.