How Prego spaghetti sauce got its name

I’m ashamed to confess that until I read her New York Times obituary over the weekend I’d never heard of Laurel Cutler, who had a distinguished five-decade career on Madison Avenue and was named both “Woman of the Year” and “Man of the Year” by the American Advertising Federation. (Quite an achievement!) She died at age 94 on November 28, 2021.

The obit reads like a mini-history of mid-20th-century advertising, and I encourage you to read the whole thing. (My link bypasses the Times paywall.) One bit, though, stood out for me: the story of how Prego spaghetti sauce got its name:

The most important role she played in the Prego campaign, she told Inc. magazine in 1987, “was convincing them to change the name from Campbell’s Very Own Spaghetti Sauce, which was very much a 1970s concept, to Prego, which was much more ’80s.” The day before she had to present her proposal for a name, she scanned an English-Italian dictionary and plucked out “prego,” which means both “please” and “you’re welcome.” 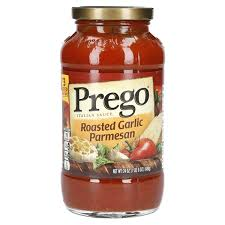 Ms. Cutler was also a futurist whose many accurate predictions included the “high-low” shopping trend: “‘The very same people would buy at Neiman Marcus in the morning and Kmart in the afternoon,’ she told Inc.”

It was quite a rise from an 80-cents-an-hour entry-level job as a contest judge at the marketing firm Reuben Donnelly.

Ms. Cutler’s 2016 memoir was never published. Maybe that oversight will be corrected now.

Posted at 06:00 AM in Advertising, Food and Drink, How They Got That Name, Italian, Naming | Permalink