Boosted. If you boasted about being boosted in 2021, it meant you’d had a third (“booster”) Covid vaccination. The verb to boost is American in origin and surprisingly recent: It was first documented in the sense of “to lift or raise by pushing from below or behind” in 1815. Boosterism (enthusiastic advocacy) dates from 1910; booster shot (a supplementary vaccination) from 1944.

Cascatelli. A brand new pasta shape was invented, named, and introduced in 2021. Its creator is American, but he chose an Italian-ish name meaning (sort of) “little waterfalls.” Read my post about cascatelli.

Cheugy. A madeupical adjective with a slightly negative connotation, boosted into circulation by a March 30, 2021, TikTok. If the “Least Likely to Succeed” WotY category still exists, cheugy would be my nominee. Read my post about cheugy..

Creator. Not the Creator, as in upper-case deity. Also not a “creative” in the ad-agency sense (copywriter, art director). The creators of 2021 are mostly on TikTok, where they create short videos in partnership, or in hopes of a (financial) partnership, with brands. They sometimes refer to themselves as creator/influencers. Earlier this year, TikTok created (ha) a creator marketplace API to make the relationships more professional. (Note: That link goes to a paywalled Adweek story.)

Delta (and Omicron). The variants are coming, the variants are coming. The World Health Organization bestowed Greek-letter names on Covid’s latest strains to disassociate them from specific geographic areas. “Delta” was familiar enough, but “Omicron” confused a lot of people. Read my post about Omicron.

Ghost gun. A homemade firearm, assembled from a kit, that lacks a serial number and is thus untraceable. Ghost guns were, um, targeted by President Joe Biden in an April 8 announcement about his proposed gun-control legislation. Read my post about ghost gun.

Great Resignation. A side effect of the global pandemic: workers leaving their jobs for various reasons. First appeared in print, in a quote from management professor Anthony Klotz, in a May 10, 2021, article in Bloomberg Businessweek; follows the pattern of the Great Depression and the Great (post-2008) Recession. See Barry Popik’s entry for more. And along these lines, see shecession.

Insurrection/coup/sedition. What to call the violent Washington, DC, “rally” on January 6, in which the U.S. Capitol was stormed and one person died? “What happened here today was an insurrection, incited by the President of the United States,” said Sen. Mitt Romney (R-Utah and no fan of TFG). in his remarks on the Senate floor after the Capitol was secured. On the other hand, “We must call today's violence what it actually is: a failed attempt at a coup,” then-New York Gov. Andrew Cuomo wrote in a statement. And the Associated Press called citizens attempting to identify participants in the assault “sedition hunters.” Here’s a CNN explainer that clarifies what each term means. For my own part, I’m going to declare insurrection—with its suggestion of surge and its sense of “rising in arms or open resistance against established authority or governmental restraint”—my 2021 word of the year. And let’s hope there is no resurrection, ever again, of the events of January 6, 2021. (UPDATE: I had a change of heart about the overall WotY. Read my story about Big Lie, my new top choice.) 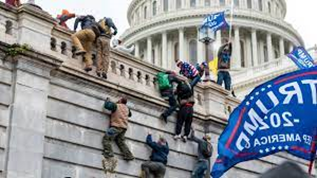 NFT. It stands for “nonfungible token,” and it’s the art form of the year. An NFT is as nontangible as it is nonfungible; it gives the “owner” rights solely to a piece of code in the blockchain. Read my post about NFT.

Shanty. We were all singing “Soon May the Wellerman Come” back in January, and arguing about whether it should be spelled chantey. Read my post about shanty.

Shacket. It’s a shirt! It’s a jacket! It’s the fashion portmanteau of the year! Read my post about shacket. 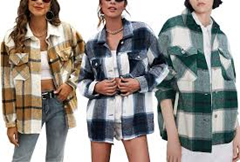 SPAC. Special purpose acquisition company: a way to take a company public without submitting to those pesky financial regulations. TFG did it, so you know it’s shady. Read my post about SPAC.

Supply chain. Admit it: Before 2021, did you spend any time worrying about the supply chain? Did you even know what it was? Now it’s impossible to avoid headlines like “Supply Chains for the Outdoor Industry Are in Shambles” (Outside magazine) and “Supply Chain Hell Ignites Boom Along U.S.-Mexico Border” (Seattle Times).

TFG. “The former guy,” as President Biden put it. You know—what-his-name. Read my post about TFG.

Twisties. It sounds like the newest candy sensation, but in fact it’s a frightening lapse in proprioception that can afflict even elite gymnasts—as the Olympian Simone Biles learned this summer in Tokyo. Read my post about twisties.

Vax/vaxx/antivax. Vax is the Oxford word of the year: “A relatively rare word in our corpus until this year, by September it was over 72 times more frequent than at the same time last year. It has generated numerous derivatives that we are now seeing in a wide range of informal contexts, from vax sites and vax cards to getting vaxxed and being fully vaxxed, no word better captures the atmosphere of the past year than vax.” There were debates about the spelling—one x or two? to hyphenate antivax or not?—and furious accusations on social media. Read more.

Euphemism of the year:

My picks for brand names of the year will be published soon is now on the Visual Thesaurus. Why not give yourself (or someone else) the gift of a subscription?

2020 (Before Time, doomscrolling, pandemic, and more)