The Greek word for “dream” is oneiros, but, as Merriam-Webster puts it, “the English adjective oneiric wasn’t dreamed up until the mid-19th century.” (OED’s earliest citation is from 1859.) M-W goes on to note that:

What does this have to do with film noir? I mean, besides the fact that Humphrey Bogart calls the titular black bird in The Maltese Falcon “the stuff that dreams are made of”? Well, two French cinephiles, Raymond Borde and Etienne Chaumeton, published what Naremore calls “the first and most important book on the subject” of film noir, in 1955. (It was finally translated into English, as A Panorama of the American Film Noir: 1941-1953, in 2002.) In their book, Borde and Chaumeton define noir “not in terms of subject matter or style but in terms of five affective qualities typical of Surrealist art: ‘oneiric, strange, ambivalent, erotic, and cruel.’” And you thought you were just watching fast-paced, cheaply made detective movies!

It’s true that many noirs have a hallucinatory quality: Detour (1946) and Gun Crazy (1950) unspool like fever dreams, and Murder, My Sweet (1944) has a subjectively filmed drug-effects scene set in a creepy sanatorium. And the films’ tortuous plots, often complicated by flashbacks, often follow a dreamlike logic. Still, you don’t need to be a scholar of Surrealism to enjoy the genre’s many other qualities, including the atmospheric camerawork and the slangy dialogue that deftly circumvents the movie industry’s self-censoring Production Code. Oh, and the hats. 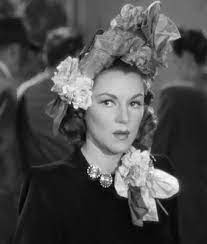 Speaking of dreams, and quite coincidentally, yesterday’s New York Times Sunday Magazine published a story by Brooke Jarvis about how Covid changed people’s dreams. “In the last week, I’ve been drowning, driving a car while blindfolded and put in charge of steering an out-of-control ship,” one person reported. Sounds like any normal oneiric evening to me. Maybe that’s why I like film noir.

I stream film noirs—the French would say films noirs, but English speakers tend not to worry about subject-modifier agreement—from TCM, Amazon Prime, Kanopy (a free streaming service connected to many public-library systems), YouTube, and the Internet Archive. Many film noirs are in the public domain, and therefore free to stream, although some are in less than tip-top condition. There’s a Russian service, ok.ru, that reportedly has everything, gratis, but I haven’t yet resorted to it.

Also for your consideration:

Dark City: The Lost World of Film Noir, by Eddie Muller, TCM’s “czar of noir.” Now available in a revised and expanded edition (2021).

Noir Alley presents a new (old) film noir every Saturday at midnight ET on TCM, repeated Sunday mornings. Hosted by Eddie Muller. If you don’t have access to TCM, check out Muller’s intros and outros on YouTube. He’s a knowledgeable and personable guide to the territory.

The Film Noir Foundation—yet another plug for an Eddie Muller enterprise. The FNF has been instrumental in restoring many films, and it also publishes a swell quarterly magazine, Noir City.

Celebrate #Noirvember on Twitter with film writer Marya Gates, who created “Noirvember” in 2010.

And watch for my Visual Thesaurus column later this month about the lingo of film noir!

* The Very Short Introductions series has been published by Oxford University Press since 1995. There are hundreds of titles, each of them a compact volume (about 100 pages) with a bibliography and index. Recommended.

Posted at 06:00 AM in Books, Coronavirus, Film, Greek, Word of the Week | Permalink

Great post, Nancy! I'm bookmarking it as a reference for a few things I've yet to watch/read. Thanks. I'm also up past 100 noirs. I keep a spreadsheet, of course!

I, too, am a noir fan, and you mentioned two of my favorites: Gun Crazy and Born to Kill. As to the dream connection: a high school friend of mine, the late Jack Shadoian, wrote a book about noir called Dreams and Dead Ends (a terrific title I think) that you might want to take a look at. I read it many years ago and don't have a copy so I can't quote it, but I know Jack was fond of D.O.A.