« On the Visual Thesaurus: The lingo of film noir | Main | Word of the week: Omicron » 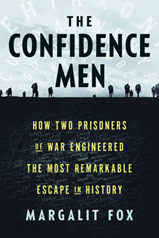 Word-of-the-year season has begun! The contenders so far:

Oxford Languages, which publishes the Oxford dictionaries, has picked vax: “A relatively rare word in our corpus until this year, by September it was over 72 times more frequent than at the same time last year. Click through to download a report on the language of vaccines and a discussion of the vax/vaxx debate.

Cambridge Dictionary, also based in the UK, chose perseverance, “a word which captures the undaunted will of people across the world to never give up, despite the many challenges of the last 12 months.”

Macquarie Dictionary, in Australia, is putting it to a public vote. The shortlist includes some Australia-specific terms (strollout, menty-b) and some words used throughout the English-speaking world, including hate-follow, dump cake (in use in the U.S. since at least 1980, but maybe new Down Under), and Delta. I’ve written about two of the nominees: range anxiety (in 2010!) and NFT (in March 2021).

In Japan, Jiyū Kokumin Sha, the publisher of Gendai yōgo no kiso chishiki (Basic Knowledge on Contemporary Terminology), holds an annual contest to decide the words of the year. This year’s list includes two English-language acronyms, SDGs (Sustainable Development Goals) and NFT, as well as Ika gēmu (“Squid Game,” the South Korean hit show on Netflix), and  yangu kearā, “young carers”: those under the age of 18 tasked with providing nursing or other care for family members at home.

It’s name-of-the-year season, too, and the Namerology blog is asking for your nominations. Submissions so far have included Lilibet, Pfizer, Moderna, and Brandon. (Last year’s name of the year was Breonna.)

On the names of pasta, from a 2013 book by Oretta Zanini, via Language Hat:

The popular imagination gave whimsical names to the simple paste of water and flour, and only rarely eggs, worked with the hands or with small tools. Thus we have cecamariti (husband blinders) and cordelle (ropes), curuli, fusilli (also called ciufulitti), frigulozzi, pencarelli, manfricoli, and sfusellati, as well as strozzapreti (priest stranglers), the lacchene of the town of Norma and the pizzicotti (pinches) of Bolsena, while the fieno (hay) of Canepina has, accompanied by paglia (straw), been absorbed into the repertory of the pan-Italian grande cucina.

Zanini should be a pasta name too, shouldn’t it? Bonus: read my March 2021 post about cascatelli, a new pasta shape.

Elsewhere in the wide world of sports, L.A.’s Staples Center, home of the Lakers NBA team, will become the Crypto.com Arena on December 25. If you’d never heard of Crypto.com before this, you’re not alone: The company, a cryptocurrency exchange, was founded in 2016 and is headquartered in Singapore. The Los Angeles Times is already speculating that the arena will be called “The Crypt.” Something that interests me—and which I haven’t seen addressed elsewhere—is the peculiar, late-1990s persistence of “.com” in Crypto.com’s name. I mean, does anyone say “Amazon dot com” or “eBay dot com”—or “Staples.com”—any more? 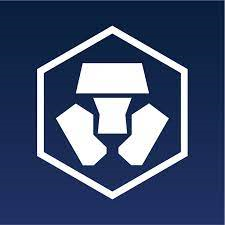 This is the Crypto.com logo, which I thought was an anvil flanked by two oddly shaped bricks. Au contraire: “Our logo represents the Ethereum Lion. ... As a company, we have operations in Hong Kong (where the lion is a symbol of the largest bank) and Singapore (also known as the ‘Lion City’ derived from Malay singa (‘lion’) and pura (‘city’)) - therefore, the symbolism is close to our hearts.” Do you see the lion now?

More name changes: U.S. Secretary of the Interior Deb Haaland is calling for the word squaw to be removed from federal lands. “Racist terms have no place in our vernacular or on our federal lands. Our nation's lands and waters should be places to celebrate the outdoors and our shared cultural heritage — not to perpetuate the legacies of oppression,” Haaland said in a news release. Read my own story about the history of squaw and the recent Squaw Valley name change.

What would your writing look like if you could see only the punctuation? Clive Thompson ran an experiment and made some interesting discoveries: “My oddest quirk? I occasional deploy super-exuberant parenthetical statements — ones that consist of several sentences, each of which ends in an exclamation point. (It’s so weird! But I guess it’s true! I must do this with some frequency!)”

“I am begging you to learn how dictionaries work,” writes editor Jonathon Owen: “A dictionary that contained only the words you already know wouldn’t be a very useful dictionary, would it?”

Some said an open-world experience this immersive wasn’t possible. But it’s already here. And you don’t even need silly VR headsets.

And while we’re in Scandinavia: This year’s holiday ad from the Norwegian postal service is titled “When Harry Met Santa,” and it puts a new spin on “don we now our gay apparel.” You don’t need to understand Norwegian to get the heartwarming message.

From the Wordnik blog, a guide to the language of Dune, much of which is influenced by Arabic.

Jack Lynch talks turkey about turkey, from cold turkey to turquoise to the synonym for “flop.” Bonus: I wrote in 2020 about a weird smoking-cessation ad that promised to help you quit “slow turkey.”

Thanks for the tip about Confidence Men--I'll look for it at the SF Public Library. I always enjoyed Margalit Fox's obituaries in the NY Times and likewise her very interesting book about the decipherment of Linear B. Until I saw Fox's book I had believed Michael Ventris was solely responsible but guess what, and guess why. (Small world note: Alice Kober attended Hunter High School and Hunter College in Manhattan; not too many years later, I attended Hunter College Elementary School https://en.wikipedia.org/wiki/Hunter_College_Elementary_School where the late Ron Brown was one of my classmates.)