Nabisco. Introduced in 1901 as the brand name of a sugar wafer, it later replaced the original corporate name, National Biscuit Company.

Tronc. The short-lived, much-derided name of the Chicago-based media company was both an acronym and a portmanteau created from the first letters of “Tribune Online Content.” This turduckenym lasted just two years, from June 2016 to June 2018.

Twingo. A four-passenger city car introduced by the French automaker Renault in 1992 and still in production. Its name is a blend of three dance styles: twist, swing, and tango. Not to be confused with the US brand TwinGo, a baby carrier for twins.

Waffullicious. Coined by IHOP for a 2014 ad campaign, it’s a blend of waffle, full, and delicious. Not only is the name a turduckenym, the waffles themselves were stuffed. As The Impulsive Buy blog put it, they were “waffles topped with toppings and toppings that are baked into the waffle.” In other words, waffles full of delicious. 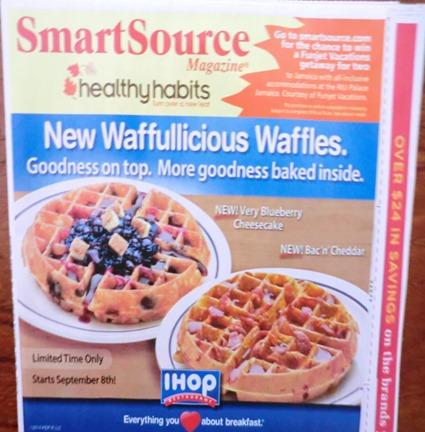 Read the rest of “The Rare, Overstuffed Turduckenym.”

Blog bonus #1: Read the post about Comirnaty that started my thinking about turduckenyms. (Yes, as far as I know I invented that word.)

Blog bonus #2: Brianne Hughes, Encyclopedia Briannica, has researched and compiled many turduckenyms, which she calls “three-toed portmanteaus.” Check out her list here.

And a reminder: My Visual Thesaurus columns from 2006 through May 2021 are released from paywall, although you must be a subscriber to leave a comment. I hope you’ll consider subscribing (and rating and commenting).

Posted at 06:00 AM in Naming, Portmanteaus, Visual Thesaurus | Permalink