« Mascots in the news | Main | Why are we still calling it "Blackwater"? » 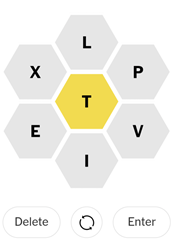 Expletive began life in the mid-15th century as a borrowing from French and Latin; it was an adjective that meant, innocently enough, “serving merely to fill out a sentence or a metrical line without adding anything to the sense” or “serving as a grammatical place-filler.” It’s more closely related to exploit, in the “performance” sense, than to explicit.

It was Sir Walter Scott, of Ivanhoe fame, who gave us the noun sense of expletive: an exclamation, and, in particular, a curse. This was in 1815; 159 years later, expletive got its moment in the spotlight when the frequently repeated “expletive deleted” in the Watergate tapes “replaced President Nixon’s salty expressions,” as the Online Etymology Dictionary puts it. (That phrase had already been in less exalted circulation for several decades.)

For the Visual Thesaurus, I expanded on my one-paragraph review of Nine Nasty Words in July’s linkfest. This longer review of linguist John McWhorter’s book is paywalled for three months; here’s an excerpt:

McWhorter has no patience for people who complain that swearing is a sign of low intelligence. On the contrary, he marvels at swearers’ flexibility and creativity.

Take ass. It’s been in the lexicon since at least early Middle English, when it was spelled ers — compare modern-day British English arse — but only became unacceptable in the 1700s, when, McWhorter writes, “the bourgeois sensibility that tabooed body parts was in full swing.” By then, though, English had traveled far beyond the British Isles. In Papua Guinea, where a lingua franca called Tok Pisin is spoken, islanders who had mingled with English settlers picked up ass as a completely innocent word meaning “buttocks” and then extended its meaning to “base” or “foundation.” That’s why, McWhorter tells us, “the seat of government is rendered, quite officially, as the government's ass place” — or asples, as it’s rendered in Tok Pisin.

Read the rest of the column, which I kept PG-13 in accordance with the VT’s publication standards. McWhorter’s book, however, is delightfully unexpurgated, and I recommend it to anyone interested in spoken language.

And here’s a link to all my Visual Thesaurus columns, going back to 2006. Most of them are un-paywalled now.

Posted at 07:00 AM in Books, Profanity, Visual Thesaurus, Word of the Week | Permalink