1. The New York Times Spelling Bee keeps accepting CELEB, and I keep not seeing it in the hive because I keep disbelieving that it’s an actual word and not just a convenient headline truncation. Well, color me abashed: The OED says that although “in later use” it was “sometimes considered journalese,” it was “recorded earliest among students.” The oldest citation is from 1907, in a Smith College publication: “She is a Senior Celeb, and I’m just any Freshman.” Young women: Innovating language since forever. 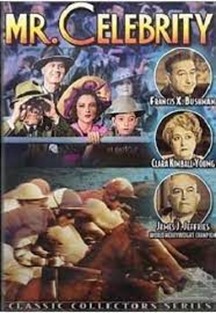 2. Here’s another Nancy-Is-Wrong story: The only thing I remember about Dances with Wolves (1990) is a Kevin Costner voiceover in which he marvels “I was a celebrity!” I was sure this was a gross anachronism in a film set just after the U.S. Civil War—celebrity as in “a famous person” and not as in “fame” had to be a 20th-century invention, right? But it turns out that while Dances with Wolves may have been an overrated film, the “celebrity” usage was not inconceivable. The OED’s earliest citation for the “famous person” sense of celebrity is from a 1831 issue of a British publication. And Ralph Waldo Emerson used it that way in 1856: “One of the celebrities of wealth of fashion…” 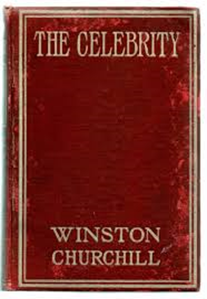 3. Hello, I’m the only person on Earth who until last week had never seen Notting Hill, the 1999 rom-com starring Julia Roberts (“I’m just a girl…”) and Hugh Grant (“Surreal … but nice”). I watched it while taking a break from my FBOY Island duties, and from the distance of 22 years I found it perfectly satisfying. For starters: There are no cellphones or internet in the movie, although they existed in real life by then, and so the screenplay’s meditations on fame—it isn’t “really real,” don’t you know—seem delightful and quaint, yet also timeless and true. And while the film’s two stars are still bona fide celebrities, I was more interested in the about-to-be celebrities in small roles, like Emily Mortimer (billed simply as “Perfect Girl”), Mischa Barton (“12-year-old actress”), and Clarke Peters (“‘Helix’ Lead Actor”). And look, there’s Lorelei King as Julia Roberts’s publicist! Maybe you haven’t heard of her, but she’s been a major celebrity to me ever since I listened to her brilliant narration of Jane Smiley’s Last Hundred Years trilogy. And she follows me on Twitter, which makes me feel like a celebrity.

I’m a Celebrity, Get Me Out of Here! debuted on British television in 2002 and is still going strong. There have been multiple international versions of the Survivor-like show, including a two-season American series.

4. Speaking of audiobooks, and of things I’m late to discover, I’ve been enjoying Julie Klam’s The Stars in Our Eyes (2017), whose subtitle is “The Famous, the Infamous, and Why We Care Way Too Much About Them.” It’s all about celebrity and celebrities—from child stars like Quinn Cummings, who turned out completely normal and delightful (and who also follows me on Twitter), to former A-listers like Timothy Hutton and Griffin Dunne who offer some critical perspective on fame. I discovered Julie Klam when, for mysterious reasons, she followed me on Twitter (what can I say? I’m a celeb-magnet!), and I’ve become a fan of her writing. I wish I had a celebrity story to add to her many uproarious and instructive tales, but although I grew up in Los Angeles, appeared on Romper Room for a week when I was 4, and went to the same high school (although not at the same time) as Dustin Hoffman, Marilyn McCoo, George Takei, Johnny Cochran, and Ray Bradbury, I have never known any celebrities in real life, or even had braggable chance encounters. (There was just that one time I spotted Rudolf Nureyev in the San Francisco Neiman Marcus, but our eyes never even met.) I have, however, had a long friendship with Griffin Dunne’s second cousin once or twice removed, and I know the son of the man who was nominated for a Best Supporting Actor Oscar for his role in The Apartment. So there’s that.

5. And here’s a plug for Julie Klam’s new memoir, The Almost Legendary Morris Sisters, which will be published this very week and which I’m looking forward to reading soonest.

6. Celebrity brands—that is, brands with celebrity in their names—abound; at last count, there were 373 live CELEBRITY trademarks. Celebrity Cruises, founded in 1988 and based in Miami, is one of the most familiar. There’s also Celebrity Cellars, which “literally bottles the recognizable names and faces in the world”: your choice of Kiss, Madonna, Bob Dylan, Barbra Streisand, or the Rolling Stones on etched glass or paper label. The Religious Technology Center, aka Scientology, has been publishing a monthly magazine called Celebrity since 1970; an eBay seller is offering 290 back issues for $895.00 plus shipping charges. There’s a Celebrity Greens (putting-green installation; Scottsdale), a Celebrity Dental (Dallas), a Celebrity Therapeutic Services (Durham, North Carolina), and, inevitably, a Celebrity Branding® [sic] Agency (Winter Park, Florida). The oldest Celebrity mark, in use since 1958. is for dinnerware. And there’s a whole subcategory of celebrity-portmanteau brands, including Nailebrity, Spellebrity, Realebrity, and Celebpreneurs.

Celebrity Cruises logo. The X represents the Greek letter chi, the first letter of Chandris, the surname of the company’s founder.

7. If you want your book, movie, or TV show to sell, try tucking “celebrity” into its title. Here’s a selective list of celebrity-studded entertainments: 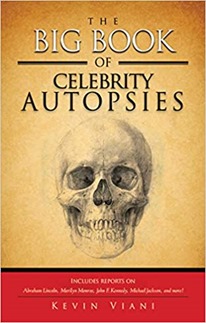 The Big Book of Celebrity Autopsies (2013)

Cult of Celebrity (documentary, in pre-production)

Posted at 07:00 AM in Abbreviations, Books, Film, Word of the Week | Permalink

What?? No recognition of Hugh Bonneville (Lord Grantham) in Notting Hill?

Was surprised to see your topic word was celebrity, but found your reasons enjoyable. Have seen Notting Hill a number of times, and have the same fascination with the cast prior to, during, and after the film. Currently, I'm re-watching Downton Abbey with a friend who's new to it. Whenever Hugh Bonneville's on the screen, I think of how far he rose from sad-sack Bernie in NH.

Quinn Cummings is lovely and normal, and we also follow each other on Twitter. Like you, I follow a number of celebrity followers who follow me back. My theory is we got to know each other in Twitter's halcyon pre-Like button and blue-check days when we all tweeted real conversations with each other.

Love all of Julie Klam's books. Today is the publication day for THE ALMOST LEGENDARY MORRIS SISTERS. I'm looking forward to reading my copy when it arrives from NYC's Shakespeare & Co. I'm also looking forward to watching Jennifer Mendelsohn (another Twitter find from back in the day) Zoom interview Julie about the book on 18 August at the Center for Jewish History.