Word of the week: Twisties

“Having a little bit of the twisties,” said Simone Biles, the world’s best gymnast, explaining her decision July 27 to pull out of two Olympic finals in the Tokyo Olympics. For most of us non-gymnasts, twisties was a new term that prompted multiple explainers: It’s a mental block, it’s a sudden failure of muscle memory, it’s dangerous, it can even be deadly, especially when you’re attempting a skill called an Amanar, which is “a roundoff onto springboard, back handspring onto vaulting platform and into 2½ twists in a back layout salto off the table,” according to a Wikipedia entry. I get the twisties just reading those words. 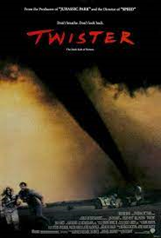