On the Visual Thesaurus: Plus signs everywhere

Plus signs have become ubiquitous in branding: You see them in the names of streaming services (ESPN+, BET+, Paramount+, et al.) retail and restaurant names (Nic+Zoe, Flour+Water, et al.), and even NASA’s Venus probe (DAVINCI+). For my latest Visual Thesaurus column, “What Do Plus Signs Add?”, I look at the rise of the plus sign from its origins as a compression of Latin et (“and”) to its use in telecommunications and computer programming and as shorthand for “larger sizes.”

Access is limited to subscribers for three months; here’s an excerpt. (And keep reading for some blog bonuses!)

The big plussing surge came in the late 2010s, and it came to a television or other streaming device near you. One after another, starting with ESPN+ (2018), streaming-media services began joining the Plus Posse. (Actually, the French got there first, in 1984, with Canal+, the world’s first terrestrial pay channel. Scoffers called it “Canal Minus.” It’s still around; its sub-brands include Ciné+, Comédie+, and Sport+.) By the time CBS All Access rebranded as Paramount+ in March 2021, “+” had become a familiar signifier for “streaming,” just as the e- and i- prefixes had signified “electronic” and “internet” and as smart now connotes “connected via wireless technology.” 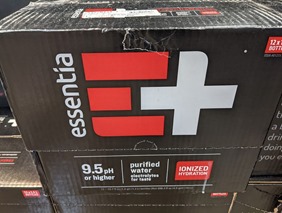 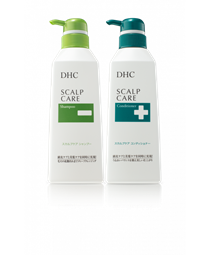 The Japanese skin- and haircare company DHC uses a minus sign for its shampoo (because it subtracts dirt) and a plus sign for the companion conditioner (because it adds “a healthy moisture balance”).

And one more blog bonus! A new HBOMax (that’s right, it isn’t HBO+) drama series replaces the T in “generation” with a plus sign, evoking the final character in “LGBTQ+.” According t the network, “Genera+ion is a dark yet playful half-hour following a group of high school students whose exploration of modern sexuality (devices and all) tests deeply entrenched beliefs about life, love and the nature of family in their conservative community.”

More positivity from me:

Sutter Health’s “We Plus You” slogan

Posted at 03:12 PM in Branding, In the Wild, Plus, Visual Thesaurus | Permalink