Two takes on the journalist and author Janet Malcolm, who died June 16 at 86. David Graham for The Atlantic: “Her journalism was filled with instances in which she alerted readers that she would be playing with their minds; she then did so effortlessly. Knowing you were being messed with was no protection.” Jennifer Szalai for the New York Times: “Malcolm was lauded for her writerly precision and control, but what truly set her apart was how she used those qualities not to elide but to accentuate complexity and ambivalence; she made you think you were reading one thing before sending you through a trapdoor.”

The surprisingly long history of gender-neutral pronouns, by Michael Waters for The Atlantic. (Did you know about co?)

I grew up in West Hollywood-adjacent Los Angeles, so of course I find this story about the history of WeHo street names fascinating. But it’s a fun read for just about anyone. For instance: Romaine Street? “Nearly all of the country’s yearly harvest today of romaine lettuce comes from California, thanks to farmers in the area that now is West Hollywood who were early adopters at the beginning of the 1900s.” 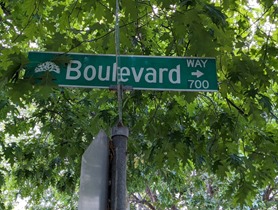 A redundantly (or just confusingly) named street in Oakland, California

Here’s Chicago Sun-Times columnist Neil Steinberg on place-name changes: “The best argument for keeping ‘Lake Shore Drive’ is that it’s a world famous street and Chicago doesn’t have many and should keep what few we’ve got. New York isn’t getting rid of Broadway.”

Why does changing a sports team’s name take so long? Because the process, as sports consultant John Rizzardini explains for FiveThirtyEight, is “grueling, onerous and tedious, and it comes with career peril.” Fan contests? “A good idea that can go bad.”

Why does trademark screening take so long, and why is it so important? A Hundred Monkeys, a Bay Area branding consultancy,  breaks down the process.

What does it take to get FUCK registered as a US trademark? Anne Gilson Lalonde breaks it down for the Strong Language blog.

From OutRight Action International, a glossary of terms and acronyms for the LGBTQ (etc.) community. I enjoyed QUILTBAG: “Queer and/or Questioning, Undecided, Intersex, Lesbian, Trans*, Asexual, Two-Spirit, Bisexual and/or Allied and Gay and/or Gender Queer.”

There’s no collective noun for black holes, “the most enigmatic entity in the cosmos.” Not yet, anyway. New York Times science writer Dennis Overbye asked his readers to fill the linguistic black hole, and they rose to the occasion. Read about their suggestions, including, “abyss,” “chasm,” “doily,” and “warren.”

“This summer’s trend is not a dish or a dress, but a clean bill of health posted on social media,” writes Morwenna Ferrier in The Guardian. “There’s even a word for it: a ‘vaxinista’ – a combination of “fashionista’ and ‘vaccine’ – is someone who has not only had both jabs, but wants to broadcast it via vaccine selfies, cards and even merchandise.” 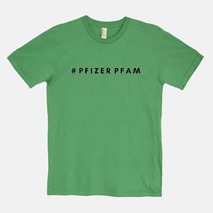 Which COVID words will stick around in our vocabulary in years to come? Writing for Fast Company and citing Ben Zimmer and Allan Metcalf, reporter Diana Shi identifies four keepers.