Word of the week: Sheisty

English has many well-known colloquial synonyms for “untrustworthy”: fishy*, sketchy, shifty, shady, dodgy, dicey. (My thanks to Ben Yagoda for illuminating the last two.) But it wasn’t until recently that I learned about their close cousin sheisty, which isn’t a new word, just new to me. Blame my limited exposure to rap music, sheisty’s source.

Or at least its proximate source.

Sheisty is African American slang with roots in rap and hip-hop. Its earliest documented appearance, according to Wiktionary, is in “Moment of Truth,” a 1998 song performed by the Boston-based jazz-rap duo Gang Starr. The lyric in question: “The same sheisty cats that you hang with.”

UPDATE: The Right Rhymes, a historical hip-hop database maintained by Matt Kohl, has citations for sheisty in rap lyrics from as early as 1991. (Thanks, Ben Zimmer!)

The Online Slang Dictionary has an entry under the alternate spelling shiesty (more about that in a bit). It defines shiesty/sheisty as “deceitful, untrustworthy,” and gives two citations, from February and March 1998:

I wouldn't hang out with him, he's shiesty.

She is a sheisty bitch.

Which indicates that sheisty was already in circulation before early 1998.

Urban Dictionary’s earliest entry is dated September 9, 2004: “Shady or sneaky in nature. Usually describes a person.” Example sentence: “A guy took coworkers [sic] money for movie tickets that turned out to be cheaper than he quoted and he did not mention it to his coworkers or refund the money... That's one sheisty asshole.” Eighteen additional entries mostly confirm this take, although one, from August 2004, defines sheisty as “awesome, cool, unique.” Reclamation in progress?

Here’s where I first encountered the negative sense of sheisty.

Agree. They do similar shysty things IRT the #Lyme pandemic (and its testing), which is also alive & well. 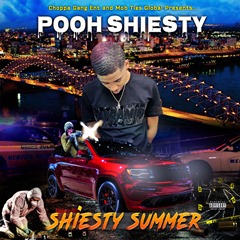 “Shiesty Summer” (2019). As someone who has had to correct the spelling and pronunciation of her last name her entire life—“Yes, it’s I-before-E; no, it isn’t Fried as in fried chicken”—I experienced a pang when I saw shiesty spelled this way and pronounced shy-stee.

Where did sheisty come from? Wiktionary and two Urban Dictionary entries are unequivocal: “From shyst(er) +‎ -y.” 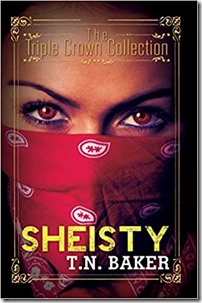 Sheisty, by T.N. Baker, published in 2015 by Urban Books. Publisher’s description: “Epiphany Wright, Keisha Moore, and Shana Scott spent their teenage years as best friends in the hood of south side Jamaica, Queens. As adults, their friendship is put to the test when envy, built-up animosity, hidden betrayal, and the bad boys in their lives cause more havoc. Every day becomes a struggle to keep it tight. With all that's riding against them when drastic situations occur, will these girls be down for one another, or be just plain Sheisty?”

Shyster has its own interesting etymology. The Online Etymology Dictionary tells us it’s U.S. slang meaning “unscrupulous lawyer”; it first appeared in print in 1843, “probably altered from German Scheisser ‘incompetent worthless person,’ from Scheisse ‘shit’ (n.), from Old High German skizzan ‘to defecate’.” That’s right: a shyster is a shitter.

Over the years, many people have attempted to connect shyster with the Shakespearean character Shylock, the Jewish moneylender in The Merchant of Venice, and thus to make shyster an anti-Semitic slur. The linguist Gerald Cohen spent seven years getting to the bottom of the story, and Allan Metcalf wrote about Cohen’s research for a 2013 article in Tablet magazine. Here’s the relevant passage:

After [Cohen] had begun his research, Roger Mohovich of the New-York Historical Society drew his attention to newspaper articles in 1843 about the Tombs, the city prison. Editor Mike Walsh denounced scammers who took prisoners’ money by pretending to be lawyers who would get them out. One of the scammers who actually knew something about the law disparaged his rivals by calling them shisers, British criminal slang for worthless people. (It comes ultimately from the German word for excrement.) Walsh misheard it as shiseters, and a new word was born.

In 2020, usage maven and legal lexicographer Bryan A. Garner revisited the subject, also for Tablet. He noted several occasions on which shyster had been the subject of litigation, and pointed out that it no longer applied exclusively to lawyers:

By the 1940s, the exclusive association with lawyers had also worn off. Hence the word came to denote dishonorable people in all callings—immoral people in business, religion, and education as well. When that happened, the disambiguating phrase “shyster lawyer” came into being, first appearing about 1900 and reaching the height of its popularity in the 1940s. By that time, any sense of redundancy had been forgotten.

Sheisty/shiesty/shysty puts an adjectival twist on that “dishonorable” meaning—except, as we’ve seen, when it means the opposite.

* I’d thought the “suspicious” sense of fishy (“There’s something fishy about that transaction”) came either from “having a bad smell” or “slippery.” I was wrong, according to the Random House Historical Dictionary of American Slang, which tells me the slang term originated in “fish story”—in other words, a lie. It entered the lexicon around 1840.

Another worthless and unneeded "contribution" from Hip-Hop so-called culture! I consider myself an expert in the field, my stomach having been turned by trying to watch about 5 minutes of "Growing Up Hip-Hop" on whatever cable channel carries it.

The Romans of Diocletian's time didn't think they were seeing the signs of inexorable decline, and neither do Americans today.

Vasily: No doubt the people who first heard "shyster" in 1843 thought it was an abomination, too.

While "sheisty" isn't anti-Semitic from any connection to Shylock, it does have anti-Semitic implications, because of the belief that the most effective lawyers are the Jewish ones, due to their shiftiness, and "Shyster lawyer" became pretty synonymous with "Jew lawyer."