A new Amazon Original anthology series, Them, comes to Prime Video on April 9. If the title sounds familiar, it may be because you still have nightmares from the original (and unrelated) Them! (1954). Or maybe you’ve just been seeing a lot of pronouns in movie titles lately. What do they have in common? Horror, thrills, monsters, a dystopian present or future. In reverse chronological order: 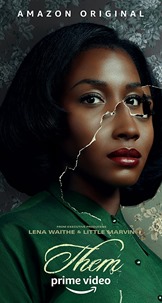 “A Black family moves to an all-white Los Angeles neighborhood where malevolent forces, next door and otherworldly, threaten to taunt, ravage and destroy them.” (IMDb) 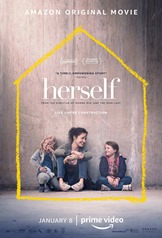 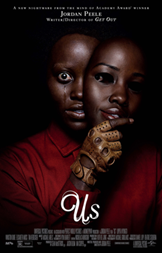 Us (2019), Jordan Peele’s follow-up to his enormously successful Get Out. From Rotten Tomatoes: “Accompanied by her husband, son and daughter, Adelaide Wilson returns to the beachfront home where she grew up as a child. Haunted by a traumatic experience from the past, Adelaide grows increasingly concerned that something bad is going to happen.” Cue the ominous music. 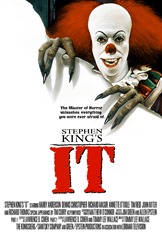 IT (2017). Adapted from Stephen King’s novel. “Seven young outcasts in Derry, Maine, are about to face their worst nightmare -- an ancient, shape-shifting evil that emerges from the sewer every 27 years to prey on the town's children.” (Rotten Tomatoes) Not to be confused with the 1927 It (see below). 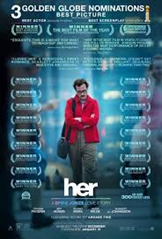 Her (2013). “Uses its just-barely-sci-fi scenario to impart wryly funny wisdom about the state of modern human relationships” (Rotten Tomatoes). With Scarlett Johansson as Her voice. 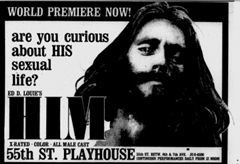 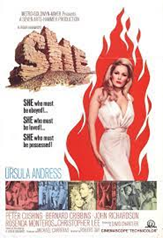 She (1965). “An Edwardian archaeologist and two companions stumble upon a lost city in East Africa, run by a beautiful queen [Ursula Andress] whose love holds the promise of immortality.” Based on H. Rider Haggard’s 1887 novel. 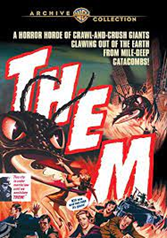 Them! (1954). “A nest of gigantic irradiated ants is discovered in the New Mexico desert; they quickly become a national threat when it is discovered that two young queen ants and their consorts have escaped to establish new nests.” (Wikipedia) 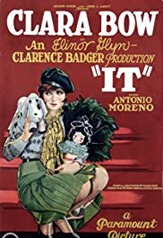 It (1927). “A salesgirl with plenty of "it" (sex appeal) pursues a handsome playboy.” (IMDb) Based on the novel of the same title by Elinor Glyn* and starring Clara Bow, the original It Girl. You can watch the whole delightful film—silent, with musical accompaniment—on YouTube.

Would you like to sin
With Elinor Glyn
On a tiger skin?
Or would you prefer
To err with her
On some other fur?

It's hard to describe how "Them" terrified an impressionable 7 year-old. Funny - it looks so wrong, I have an almost irresistible temptation to rewrite it as "...how 'They' terrified...."