Word of the week: Nuts

Almost every day I get an email from a company called Oh! Nuts, a company based in Queens, New York, that sells kosher nuts, dried fruit, and candies for every Jewish occasion, including Tu B’shvat and Israeli Independence Day (and for non-Jewish occasions as well). 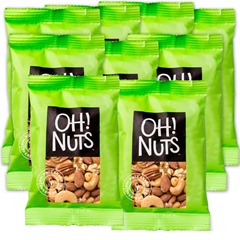 I started thinking about the Oh! Nuts brand name, which led me down a nutty path indeed. You’ll find the fruits of my research over at the Strong Language blog, because—spoiler!—nuts and aw, nuts and nuts to you were at one time considered highly improper. Those words, along with their milder cousin nerts, were outlawed in Hollywood scripts beginning in the 1930s, when the Production Code held a tight grip on the movie industry.

Today, not so much. 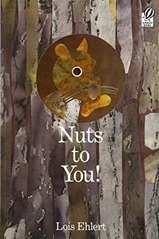 Nuts to You!, by Lois Ehlert (1993). A picture book about a rascally squirrel, for children age 4 to 7. It wouldn't have made it into school libraries eight decades ago.

Although even in the 21st century some usages of nuts are decidedly raunchy. 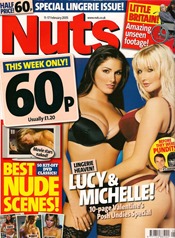 Read my Strong Language post “When ‘Nuts’ Was Taboo.” If you stick with it to the end, you’ll be rewarded with a limerick.

Posted at 06:00 AM in Slang, Strong Language, Word of the Week | Permalink