OpenAI, a company co-founded by Elon Musk, has launched DALL-E, an app that creates images from text descriptions. “DALL-E” is a blend of WALL-E (the 2008 Pixar movie) and Dali, the Surrealist artist.

Images generated by DALL-E from the text instruction “an armchair in the shape of an avocado.”

Swearing is good for you. It really fucking is.

A fragrance for editors, scribblers, draftsmen, and librarians: “No. 2” by artists Rory Sparks and Catherine Haley Epstein: “Unlike the mysterious number 5 attributed to the abstract fragrance minted by Coco Chanel in 1921, ‘No. 2’ is an unapologetic and literal homage to the number two pencil. “Ignore the unfortunate name,” advises Rusty Blazenhoff. 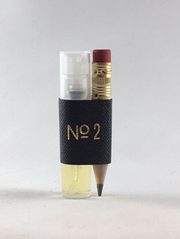 This is a bit off-brand for me, but it’s too interesting not to share: Historian Matthew Gabriele on the misunderstood historical imagery—Vikings, Crusaders, Confederates—at the January 6 Capitol insurrection.

Until I read this post by linguist Lynne Murphy, I hadn’t known that it’s distinctly North American to assume that “fudge” is made with chocolate. There’s lots more in Lynne’s post, too: on the exclamation Oh, fudge! and the verb to fudge, for instance.

Radek Sienkiewicz analyzes a rather depressing design trend: Since 2017, fashion and technology brands have been dropping their distinctive logos and adopting lookalike sans-serif wordmarks. The upside: greater legibility, especially on mobile devices. 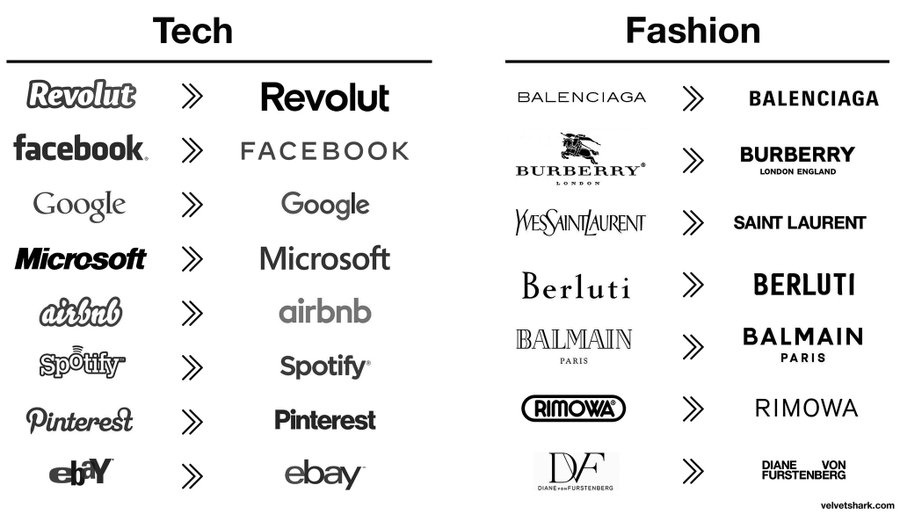 In related design news, Stephen Moore writes for Marker about Burger King’s first major redesign in 20 years. The fast-food giant is embracing a trend called “flat design,” “which prioritizes two-dimension illustrations and bright colors and limits the noise created by too many visual details and textures.”

One last bit of logo news: James Bowie of Emblemetric writes about General Motors’ new “plug-in” logo—the carmaker’s first logo redesign in 57 years: “The new logo’s rounded corners and dual-blue color scheme expressed in a gradient make it look like a smartphone app icon, which is undoubtedly no accident.”

Before and after, via GM

Nearly 70 years ago my mother, responding to the snobbery of Chanel No. 5 advertising, proposed a more descriptive name: Fresh No. 2 - having nothing at all to do with pencils.