On the Visual Thesaurus: Brand names of the year for 2020

My annual list of notable brand names is up on the Visual Thesaurus now, and I invite you to read it if you have a VT subscription (still just $19.95 a year!). I cover the 2020 brandscape from Animal Crossing to Zoom; the list includes a tongue-twister and a generic name. Here’s a free excerpt:

Aunt Jemima. The 131-year-old pantry-staples brand, named for a fictional, racially stereotyped character in post–Civil War minstrel shows, had long been controversial. 2020 was the year the brand's parent company, Quaker Oats, announced it would change the name at last. It was one of several big brand-image pivots: the Washington Redskins traded a slur for a generic name (see below), and Uncle Ben's — which like Aunt Jemima had built a business on the image of a Black servant — is becoming Ben's Original. As I observed in July, several "plantation" names are also being reconsidered. Read more about the history of Aunt Jemima.

When the crack Trump-campaign legal team … let me rephrase that: When former New York City mayor Rudy Giuliani and his associates ended up holding a press conference at Philadelphia’s Four Seasons Total Landscaping instead of that city’s Four Seasons Hotel, amusement and confusion ensued. The plucky little garden store quickly turned the fiasco into branding gold, and a petition was drawn up to add FSTL to the National Registry of Historic Places. Read more about Four Seasons branding in my November 12 post (scroll down). 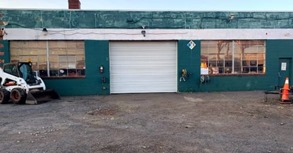 HBO Max, the new streaming service that launched on May 27. HBO Max was “not to be mistaken for HBO (the premium cable brand accessible on cable and through various television providers), HBO Now (the standalone streaming option for people without cable who want to watch HBO shows) or HBO Go (the streaming-only option for cable subscribers, who enter provider login information to watch),” Adweek reported in early June. But mistaken it certainly was. In mid-June, parent company WarnerMedia announced it was “sunsetting” HBO Go and rebranding HBO Max as simply HBO. All clear now? 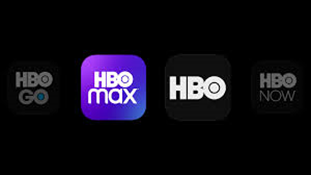 Posted at 05:30 AM in Brand of the Year, Branding, Names in the News, Naming, Visual Thesaurus | Permalink