At the New Yorker, Sarah Larson recommends the best podcasts of 2020. The list includes two podcasts I enjoyed in 2020: “Articles of Interest” and “Nice White Parents.”

The Emmett Lee Dickinson Museum (in “Washerst, Massachusetts”) is counting down the year once again with notable words. This year’s list includes many pandemic-related terms (thanks for the December 14 shoutout, Emmett Lee!) as well as hoax, stop the count, and Karen. Keep checking back for daily updates to “Wordemic 2020.”

“We picked up a whole new vocabulary this year,” writes the New York Times’s Tim Herrera, who includes Blursday, flatten the curve, and remote learning on his list of 20 terms that defined the year.

never heard of it https://t.co/ubjV0pZV52

New Zealand’s word of the year is doomscrolling.

why did nobody tell me you could name an entire genus after a grudgehttps://t.co/5faKSDGygR pic.twitter.com/ZMPVE9KSn4

Dictionary.com readers chose unprecedented as their word of the year for 2020.

My own words of the year are here.

This just in: The Yiddish word of the year is oysgezoomt. (Guest appearance by your humble correspondent.)

“Kudos to @GuardianData for not censoring the words that readers used to describe 2020,” Ben Zimmer tweeted. Those words included fucked, shit, clusterfuck, and shitshow.

The baseball team formerly known as the Cleveland Indians has dropped that name and may be reviving a name from the team’s past: the Spiders. (Hat tip: Ben Zimmer.) Peter Jensen Brown of the Early Sports and Pop Culture History blog wrote a long and interesting post in November 2019 about why the team was originally called the Spiders. 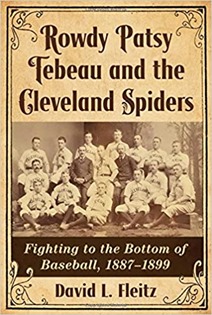 I just learned that Scotland names their entire snowplow fleet and the names are incredible pic.twitter.com/e6FBBtCbao

Jose A. Del Real writes in the Washington Post about the limits of “Latinx”: “This English-language modification to Spanish-language grammar does not achieve linguistically what it hopes to achieve culturally: an expansive recognition of autonomy and difference that people can use in everyday life.”

The Namerology blog chose Breonna as its name of the year for 2020. “The name Breonna itself became a statement of protest,” wrote blog author Laura Wattenberg. Breonna is a variant of Brianna, Watterberg writes, and beyond the headlines, “In its full spectrum of variants, Brianna is one of the defining names of a generation.”

Objects of our affection

Rob Walker picks 15 objects, from sweatpants to rubber bullets, that defined the year. 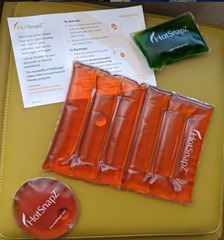 High on my own list of significant objects of 2020: reusable instant-heat packs from HotSnapz, which allow me to keep swimming in the bay without benefit of indoor amenities such as the Dolphin Club’s much-missed sauna. 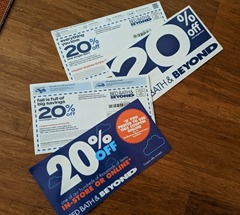 From my own vast collection of Big Blue coupons.

Pantone picked two colors of the year for 2021: Ultimate Gray and a lemon-yellow called Illuminating. “After Living Coral in 2019 and Classic Blue in 2020, this may not be what anyone expected (that might have been ‘grim black’), but it might be what everyone needs,” writes Vanessa Friedman (no relation).

Things to look forward to

Netflix will air a six-part “History of Swear Words,” hosted by Nicolas Cage, beginning January 5, 2021. I wrote about it for Strong Language, the sweary blog about swearing.

The Federal Writers’ Project was a New Deal program that put some 6,000 unemployed poets, novelists, journalists, and editors to work creating guidebooks, oral histories, folklore collections, and more. Now there’s a push—spearheaded by Rep. Ted Lieu (D-California) and bookseller and writer David Kipen—for the incoming Biden Administration to revive the program. Jon Allsop wrote about the FWP’s “enduring lessons” for the Columbia Journalism Review, and considered what a Federal Writers’ Project 2.0 might look like. While we’re rethinking New Deal projects, I say let’s reboot the Civilian Conservation Corps, too.