On politics Twitter, WTP is shorthand for “We the People.” Unlike most political acronyms and hashtags, WTP works on both sides of the aisle.

Is there really any choice? Given the fraud of the election, I’m convinced #WTP are not electing these people. They are being installed by fraud and enemies of the people.

And for anti-MAGA folks:

Are you seriously stating the only way for republicans to win is to make it harder for people to vote? I sometimes wondered if this just something Libs said to drum up voters...but you are confirming it. OMFG Reps only win when WTP can’t vote. #undermingdemocracy

WTPblue is “a grassroots GOTV [get out the vote] organization dedicated to electing those who will further our liberal values.”

Whereas the Twitter bio of @WTP_Publius reads: “#America #Patriot #FuckAntifa - Anti-Liberal ~~ Dad. Husband. Patriot ~USMC Infantry 0311~” (“Publius” was the collective pseudonym of the authors of the Federalist Papers.) 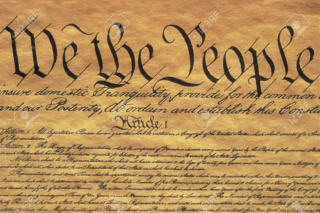 “We the people”: Preamble to the US Constitution

We is a subject, but sometimes “WTP” is used as an object.

.@DavidLimbaugh here ya go... many of us feel your
voice would be more useful talking to the GOP than chastising Trump supporters for not supporting the GOP going forward if they won't stand with WTP now.

I haven’t (yet) been able to find out when this use of “WTP”—taken from the first three words of the Preamble to the US Constitution—began. But a different “WTP” has been around since at least June 2016, the date of its only Urban Dictionary entry. It’s a texting abbreviation for “What’s the plan?” (or sometimes “What’s the play?” or “Where’s the party?”).

In microeconomics, WTP is shorthand for willingness to pay: “the maximum price at or below which a consumer will definitely buy one unit of a product.” (Wikipedia) 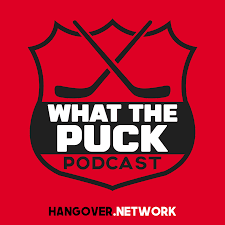 For more definitions of WTP, see Acronym Finder, where we the people can choose from, among other options, “What’s the point?,” “What’s the problem?”, and “Winnie-the-Pooh.”

Posted at 06:00 AM in Acronyms, Context, Music, Politics, Twitter, Txting, Word of the Week | Permalink

That acronym could have come in handy during the pre-lockdown days of the Trump virus pandemic for “where’s toilet paper”? It’s a long story, but in a nutshell, my daughter roamed stores in LA as she searched and scavenged shelves in desperate hope to find even a single roll. She finally contacted us for help. I found industrial-size rolls at Staples.com and had some shipped to her. Anyway, the use of “WTP?” on Twitter might have helped her plight.