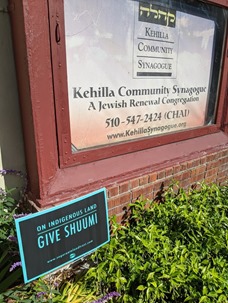 I discovered rematriation in a story that ran last week on KQED, a Bay Area public-radio station. Every year for two decades, a group of Indigenous Ohlone activists has gathered on the day after US Thanksgiving to pray at a shopping center in Emeryville, California, that was built on top of a Native burial ground. Their ceremony was canceled this year because of the COVID pandemic, but the activists’ work has continued. One of the organizers, Corrina Gould, is a co-founder of the Sogorea Te’ Land Trust, a women-led land trust that, in its own words, “cultivates rematriation”: the return of Ohlone land in the East Bay Area to Indigenous people. Sogorea Te’ is the Ohlone name of an ancestral site in Vallejo, northeast of Oakland, where Gould and other activists led a 109-day occupation in 2011. They formed Sogorea Te’ in 2015.

Across the country, in Oneida, New York, Rematriation magazine launched in March 2019 as “a storytelling platform where Indigenous women gather for collective healing from historical as well as current traumas—and for empowerment through rewriting our own narratives and the telling of new narratives.”

“ReMatriate”—capitalization sic—made an appearance in a different context in 2015, when a group of Canadian activists used it as the themeline for a social-media campaign that, as a Vice Canada article put it, sought to “put indigenous women back in control of the way they are represented and to honor the respected traditional roles indigenous women held before colonization.” 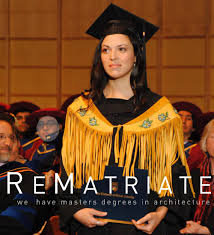 From Wikipedia: “The ReMatriate Collective (created in 2015) is an Indigenous women's collective, that uses social media to empower and connect Indigenous peoples, particularly women, through art interventions.” It was co-founded by Kelly Edzerza-Bapty (pictured), an architect. 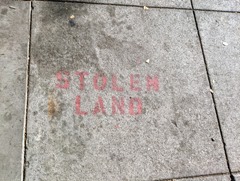 Posted at 06:00 AM in Indigenous, Neologisms, Word of the Week | Permalink