« Words of the week: Joyscrolling, gleefreshing | Main | Word of the week (and maybe the year): Weird »

The pharmaceutical company Pfizer announced that it had developed a two-dose COVID-19 vaccine with 90 percent effectiveness, while another drugmaker, Eli Lilly, received US Food and Drug Administration emergency authorization for its new COVID antibody treatment. The latter drug has a generic name: bamlanivimab. On Twitter, Cara Tramontano, who works in regulatory operations at a Bay Area biotech company, called it “a quantifiably terrible generic name,” but noted that it had to meet strict requirements: it had to end in -mab (for monoclonal antibody), for example. Read the rest of her thread here.

Science isn't easy and neither is pronouncing the name of our new antibody therapy authorized for emergency use. We're here to help with both. pic.twitter.com/NU6bp4wq04

If you think bamlanivimab has a beat you can dance to, you’re not alone.

Have you seen the Late Show parody ad?https://t.co/O6krfL8o2F

And don’t worry: there will eventually be a capitalized, consumer-facing brand name. (Read my post about my favorite pharmaceutical brand name, Zafgen.)

For some reason Porsche thinks I’m in its target market, and so they’re serving me ads for their new all-electric Taycan model (“A battery that stores goosebumps” is one of its taglines.) According to the company, “Taycan” was coined from two Turkish words that together mean “the soul of a spirited young horse.” The reference is to the horse in the Porsche crest. The TAY in Taycan rhymes with the CAY in Porsche Cayenne and not the CAY in Porsche Cayman. I hope that’s clear. 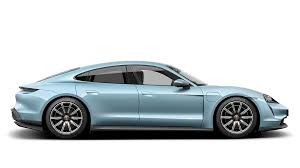 Horse names are popular among automakers: Consider the Dodge Colt, the Ford Mustang, the Ford Bronco, and the Hyundai Equus. My favorite horse-car name, though, was the Mitsubishi Starion (1983–1989). The company claimed the name was a blend of “Star of Arion”—Arion being a mythical horse. But Wikipedia reports that “several sources attribute the name to struggles by Japanese engineers to pronounce the word stallion.” 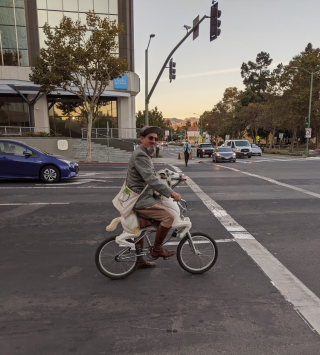 Can we still joke about Four Seasons Total Landscaping in Philadelphia? I think we can. The mixup/jokefest peaked last weekend, but it’s a gift that keeps on giving. As NPR put it,“It’s not entirely clear how the Trump campaign ended up holding a press conference in Northeast Philadelphia near a sex shop, a crematorium and a jail” on November 7; evidently the event was supposed to take place at the considerably more upscale Four Seasons Hotel. “Four Seasons” has been a popular name and title a least since Vivaldi used it: besides the hotel chain, there’s Four Seasons Wealth Management in Creve Coeur, Missouri; Four Seasons Building Products in Holbrook, New York: and a famous Manhattan restaurant (1959–2019), to name but a few of the more than 500 live and dead US trademarks. A person could easily get confused. 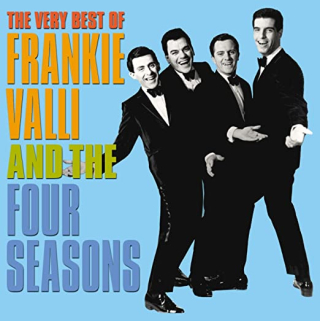 The Very Best of Frankie Valli and the Four Seasons

NPR reports that Four Seasons Total Landscaping has been quick to capitalize on its sudden fame: On Sunday night the business rolled out a line of T-shirts, hoodies, and stickers with the slogans “Make America Rake Again” and “Lawn Order.”

I work at Four Seasons Total Landscaping in PA pic.twitter.com/cX6bIMkag8

A quick obit for Quibi: the $2 billion “quick bite” video-streaming platform that lasted just six months. The name was pronounced “kwih-bee,” which sounded to me more like a quibble than a nosh.

Finally: Clyde Haberman’s excellent obit for Robert Fisk, the “dauntless journalist” who covered wars “both civil and resolutely uncivil in the Middle East and beyond.” He died on October 30 in Dublin, age 74. One accomplishment omitted in the obit: being transformed into the eponym fisking, “ruthless, point-by-point refutation of a news story.”