Name in the news: Alejandro Mayorkas

On Monday President-elect Joe Biden announced several of his Cabinet choices, including Alejandro “Ali” Mayorkas, his pick to head the Department of Homeland Security (DHS). The Havana-born Mayorkas, who turns 61 today, would be the first immigrant to head the department since its creation in 2002, during the George W. Bush administration. 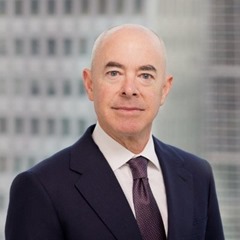 Unlike some of Biden’s other Cabinet and staff picks—John Kerry, Janet Yellen, Ron Klain—Mayorkas was a new name to me. But only because I hadn’t been paying attention: he’s a former US Attorney in the Central District of California (the youngest person ever to hold that position, which oversees a huge swatch of Southern California), and he served under President Obama as the director of Citizenship and Immigration Services, where he led the implementation of DACA (Deferred Action for Childhood Arrivals). And, not for nothing, he’s a graduate of my own alma mater, UC Berkeley.

Mayorkas is a Jew, and his name reveals a rich and intriguing story. From its distinctive spelling, I recognized it as a Sephardic name: a link to the Jews’ long history in Spain, Portugal, and the post-Inquisition Spanish diaspora—a diaspora that included Colonial America. (The first Jews in America were Spanish and Portuguese immigrants, and America’s oldest synagogue, the Touro Synagogue in Newport, Rhode Island, was founded by Sephardic immigrants from Barbados.) Mayorkas is a toponym—a place-name surname—that indicates a connection to the island of Majorca (Mallorca in Spanish), where a Jewish community has lived, and occasionally thrived, for more than a thousand years, since before the Balearic Islands belonged to Spain. 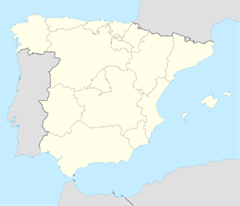 On this map (Wikipedia), Mallorca is the largest island east of the Spanish mainland.

Unlike Ashkenazi Jews in Germany and Eastern Europe, who took permanent surnames only when they were legally mandated by one emperor or another in the late 18th century, Sephardic Jews had legal surnames as early as the 10th or 11th century CE. Place names, especially the names of home villages, were common sources of surnames: Asturias, La Porta, del Monte.

The language of the Balearic Islands is Catalan, but the language of Jews throughout the Spanish- and Portuguese-speaking world is Judeo-Spanish, often called Ladino. It’s the equivalent of Yiddish among Ashkenazi Jews: a blend of European and Hebrew elements that can serve as a lingua franca. Unlike Yiddish, which uses the Hebrew script, Ladino is written in Roman letters. According to a Wikipedia entry, “In many respects, [Ladino] reproduces the Spanish of the time of the Expulsion [from Spain in 1492], rather than the modern variety, as it retains some archaic features” of spelling, pronunciation, and grammar. There is no usted or ustedes in Judeo-Spanish; the formal second person is singular vos and plural vosotros. Some nouns take Hebrew pluralizing suffixes (ermano, brother, can become either ermanos or ermanim). One visually striking feature, if you’re familiar with modern Spanish, is the substitution of k for qu and c: in modern Spanish, k appears only in loanwords such as kiosco (kiosk). Thus Mallorca can be written Mayorka.

(Disclaimer: I am not a Ladino expert, but I’ve had some exposure to it. And I studied medieval Spanish and Hebrew, which gave me some insights into Ladino vocabulary and grammar.)

Alejandro Mayorkas’s father was a member of Cuba’s tiny Sephardic Jewish community; his mother had escaped to Cuba from Romania during the Holocaust. In a November 11, 2020, story, the Jewish Insider quoted a speech Mayorkas gave to the (Jewish) Orthodox Union in 2016:

“I come from a tradition of a lack of security,” he said in his remarks. “It instilled in me as a very young person [that there] was a sense of concern by virtue of my identity as a Jew. My mother, she tried to teach us not to speak of our Judaism outside of our Jewish community — that was born of her tragic experience. My father was actually of a different school. He was a member of a very small Sephardic community in Cuba, and he used to talk about it all the time because no one in Cuba believed he was actually Jewish because there were only about eight of them.”

He tweeted on Monday:

When I was very young, the United States provided my family and me a place of refuge. Now, I have been nominated to be the DHS Secretary and oversee the protection of all Americans and those who flee persecution in search of a better life for themselves and their loved ones.

A Twitter thread by Jonathan Lamy, who served with Mayorkas on a jury in Washington, DC

Mayorkas’s bio on the website of his law firm, WilmerHale.

A 2000 profile in Los Angeles magazine: “The Enforcer”

Continue reading "On the Visual Thesaurus: How we talk about the past" » 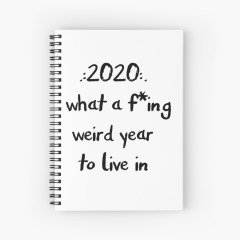 Posted at 07:00 AM in Neologisms, Politics, Portmanteaus, Word of the Week | Permalink | Comments (1)

On Election Eve, I’m taking a break from the anger and the stress. I’m looking back on a project I once participated in that gave me hope about America: the Art of the State book series. 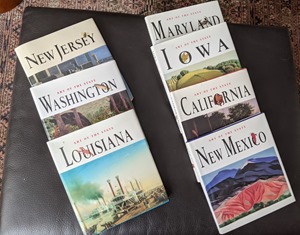 You can read my essay on Medium. And if you haven’t yet voted, please vote.