In the late 1980s and early 1990s, Joan Blades and her husband, Wes Boyd, entrepreneurs in Berkeley, California—where Joan was born—had made a lot of money when their company, Berkeley Systems, launched an unexpectedly successful screensaver, Flying Toasters. They sold the company in 1997 for a reported $13.7 million—a lot of money in that pre-unicorn era. 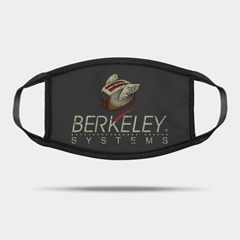 The politically liberal couple found a new focus in 1998, when President Bill Clinton was facing impeachment for lying about his affair with White House intern Monica Lewinsky. Blades and Boyd created a one-line online petition asking Congress to “censure Clinton and move on,” and emailed it to friends. Within days, according to the organization’s official history, the petition “had hundreds of thousands of signatures. For the first time in history, an online petition broke into and helped transform the national conversation.”

On September 18, 1998—one week after the release of the Starr Report on the scandal—Blades and Boyd registered the MoveOn.org domain.

As you know, Clinton held on to the presidency (and Monica Lewinsky earned a masters degree in psychology and became an anti-bullying activist and sassy Twitter denizen). And MoveOn moved on. The signers of the original petition became the organization’s first members, and MoveOn, according to the official history, “pioneered the field of digital organizing, innovating a vast array of tactics that are now commonplace in advocacy and elections, and shifting power toward real people and away from Washington insiders and special interests.”

While it was busy with those pursuits, MoveOn’s own online presence took a back seat. The organization finally redesigned its dated-looking logo in 2018, twenty years after its founding.

Logo then, logo now, via BrandNew

The old logo was painful to look at. I think it was an italic font further obliqued, probably in Microsoft Word, and it was also a perfect example of how NOT to do small caps with the “ORG” part being scaled down and ending up much lighter than the rest of the letters. Not pleasant at all. The new logo uses protest signs as a reference to build a simple and bold logo with great energy. I like that it’s not a straight-up wordmark and that the name is broken up, hinting at the disruptive nature of its efforts (which may be reading a little too much into it, I admit).

I wrote to MoveOn a couple of weeks ago asking about the history of the name and whether anyone had ever considered changing it when the original focus shifted. I didn’t get a response, but I can venture a guess: The name is an effective call to action for any number of causes. And move is, after all, the first syllable of movement, a word associated with political activity since at least the early 19th century. In the 1960s, the capital-M Movement was, according to the OED entry, “any of several loosely affiliated left-wing movements.” The dictionary’s earliest citation for “the Movement” is a 1966 article in the Berkeley Barb. Is the move in MoveOn a hometown shoutout? It’s satisfying to think so.

Posted at 05:00 AM in History, How They Got That Name, Naming, Politics | Permalink