For starters, loot—a noun meaning “plunder” or “property taken from an enemy in war” and a verb meaning “to steal, especially during a war or riot”—is a modern arrival in English: It first appeared in print in 1839. And it was borrowed not from another European language but from Hindi word lut (“stolen property”). That makes it a Hobson-Jobsonism: an Anglo-Indian borrowing like bungalow, pajamas (or pyjamas), veranda, shampoo, and thug (which, capitalized for emphasis, also appears in the Trump tweet).

Loot caught on quickly among speakers of English. In 1860, during the Second Opium War, British and French forces destroyed the Old Summer Palace near Beijing. After they’d ransacked the palace’s contents, they burned the building. A British captain found a Pekinese dog near the wreckage and brought it back to England, where he presented it to Queen Victoria. She named the dog “Looty.” (Thanks to Adam Foulds for that tidbit.) 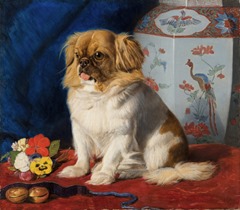 I found more than 100 live “Loot” trademarks in the US Patent and Trademark Office database. Unsurprisingly, many of them have been registered by companies that make slot-machine-type games: Lucky Loot, King’s Loot, Return to Planet Loot. Super Hoot Loot, and Mega Loot are all registered to different entities.

A trademark for the LotsaLoot Jackpot “microgaming” program was registered in 2002 to Casino Listings.

LOOT is an acronym for Load Order Optimisation Tool, a program for game developers. 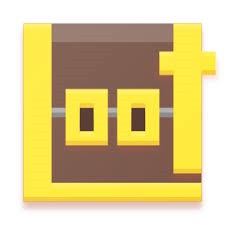 Lootsie made news in 2015 as one of several startups that allowed developers to add reward programs to their games and other apps, It appears to have gone under. Lootsie.com is now a site that claims “to share personal finance information all the way to enterprise solutions to help you make educated, sound business/wealth related decisions.” 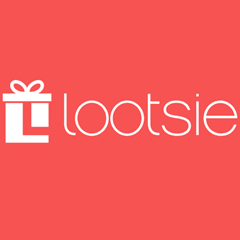 When you call your antique store Loot, you could be signaling that your goods are “a steal”—irresistibly well priced. 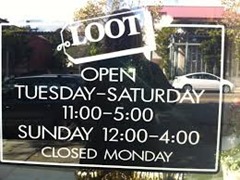 Loot on College Avenue in Oakland, once full of plunder, sadly went under.

There is a combination in Farsi language which explains the meaning of Loot in a different way,
"Laat o Loot" means a group of people who are very poor and own nothing.
"Loot" is a word that has been used frequently in Sufism, as a characteristic of a Sofi; someone who owns nothing.
Interestingly, Loot in Farsi also means "naked", connected to the fact that the Loot people don't even possess clothing.
In older Farsi, it is pronounced as "root" which is the source and origin, another connection to the nakedness. This also might be the connection to the old English rōt.
And of course, the "Laat O Loot" type people have a long history of anarchism, riot, and stealing.
In modern Farsi, Laat O Loot simply means trouble makers.

One other relatively new use of "loot": loot boxes or loot crates, which are collections of random items in video games that players can either earn or pay real money for. Some people spend ridiculous amounts of money on loot crates hoping to get particular items, which they then sell to other players, sometimes for even more ridiculous amounts of money. Some countries now consider loot crates a form of gambling and regulate it as such.