In 2012, the USPTO determined that booking was a generic term for “hotel reservations” and thus ineligible for trademark registration. But how generic is it ? In 2011, Ben Yagoda, who writes about language and tracks the encroachment of British expressions into US English, classified to book as a British import, whereas “reserve was much more common in reference to eating and sleeping.” That’s probably still true. Acceptance of booking in the US, Yagoda wrote, began around 1993, but it was still a bit exotic in 2013, when Booking.com started flooding the US airwaves with advertising that turned the company name into a sly adjective: “Look at the booking view!” "Bask in the booking glory!”(The UK's Advertising Council received more than 2,000 complaints about the ad being “offensive.”

Read the rest of “The Case of the Generic Name.” And many thanks to trademark lawyers Jessica Stone Levy and Marc Levy for reviewing my manuscript for legal accuracy.

Blog bonus: Book in the sense of reserve may be relatively new in the US—it’s been used in the UK with that sense since the early 19th century—but other colloquial or metaphoric senses of to book have longer histories here. To book can mean “to apprehend” or “to arrest”; John Steinbeck used it in that sense in his 1935 novel Tortilla Flat: “The police sergeant said he hadn’t booked them for a long time.” 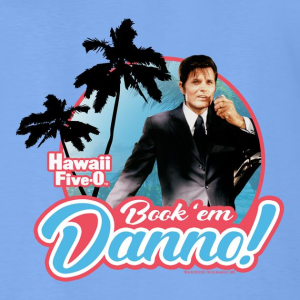 In the early 1960s, book it was college slang for “to engage in intense study.” By the 1970s, let’s book this joint meant “let’s leave quickly.” (The Historical Dictionary of American Slang says the latter usage was influenced by “boogie.”) A 2007 Urban Dictionary entry maintains that bookin’ it is short for “Facebooking it”—“spending time on Facebook.com updating profile, reading messages, nudging people, etc.” The example sentence would have confused a 1960s or 1970s student in more ways than one: “i was bookin’ it all morning instead of studying for my final...”

UPDATE, June 30: In an 8–1 decision, the US Supreme Court ruled that Booking.com can register its name as a trademark. The lone dissenter, Justice Stephen Breyer, is also the only sitting Justice with a background in trademark law. (He taught intellectual-property law at Harvard Law School.) For a detailed analysis, see Rebecca Tushnet’s blog.

The lone dissenter on Tuesday was Justice Breyer, who seemed swayed by the aforementioned concerns about anti-competitive behavior.

He said the ruling threatened the "linguistic commons" and was "inconsistent with trademark principles and sound trademark policy." pic.twitter.com/y897cCUwQR