That’s the word that started appearing over the last week or so in right-wing commentary about safe-at-home directives, most of which have been in place for about a month. All of a sudden, people who couldn’t shower enough praise on law enforcement (remember #BlueLivesMatter?) and who are vocal advocates of “following the rules” when the subject is immigration, were pissed off about public-safety regulations and the people who execute them. Funded by far-right groups, including one linked to US Secretary of Education Betsy DeVos, and egged on by a series of presidential tweets calling for states to be “liberated,” some of these people marched on state capitals and in a small coastal cities to protest the “tyranny” of shutdowns.

Fox News is reporting more street protests against the draconian Stay-At-Home orders across the nation pic.twitter.com/GjpFR1kVj5

A lawsuit in Michigan asserted that Governor Gretchen Wilmer’s stay-at-home order was “draconian.” Ronna Romney McDaniel, the chair of the Republican National Committee, echoed the charge.

Democrat Gretchen Whitmer is turning Michigan into a police state.

Her latest defense for her draconian measures?

From delayed-aid requests to VP auditioning, her handling of this crisis has been a complete disaster. pic.twitter.com/yK8kEuUWxx

Tom Fitton, president of the right-wing Judicial Watch (but not himself a lawyer), also attacked the shutdowns as “draconian.”

The governors are destroying American society with their ill-conceived and draconian shutdowns. URGENT that @RealDonaldTrump step up to lead to stop this blunderbuss destruction of our way of life. #coronavirus https://t.co/MsGNGlIaTo

And so did “Firebrand Evangelist” Sheila Zilinsky, who lives in Los Angeles and has about 31,000 Twitter followers.

The right-wing publication The Federalist, which has promulgated false information about the coronavirus pandemic, also used draconian to decry local regulations, citing in an April 13 article by Molly McCann these possibly less-than-sympathetic examples:

This week we have seen multiple lawsuits crop up across the nation as citizens balk at draconian enforcement measures. In North Carolina a group of homeowners have filed suit against local leaders who are blocking their access to their vacation homes on the Outer Banks. Former Gov. Mike Huckabee is one of several homeowners in Florida suing because local authorities have told Huckabee and his neighbors they cannot use their own private beaches at their oceanfront properties.

It’s not only conservatives who are deploring “draconian” tactics. An editorial in the Los Angeles Times on April 10 warned that “Trump is using coronavirus to push through his draconian agenda,” an agenda that includes shutting off requests for asylum and further loosening environmental regulations.

Trump himself used draconian in a June 1, 2017, statement to justify ending US participation in the Paris Climate Accord.

As the context reveals, draconian means brutally harsh. The adjective came into English in the early 18th century as capital-D Draconic, meaning “of, pertaining to, or characteristic of Draco, archon at Athens in 621 b.c., or the severe code of laws said to have been established by him; rigorous, harsh, severe, cruel.” Draconian—still capitalized—began to be used in the mid-to-late 1800s.

Draco/Drako/Dracon was the first recorded legislator of Athens in Ancient Greece. Good news: He replaced the prevailing system of oral law and blood feud with a written code to be enforced only by a court of law. Bad news: That written code was severe, to put it mildly. Theft was punishable by death, and failure to pay one’s debts could result in slavery. Today, however, as the Merriam-Webster entry puts it, “the word is used in a wide variety of ways and often refers to measures (steep parking fines, for example) that are relatively minor when compared with the death penalty.”

The name Draco comes from a Greek word for serpent, drakōn, that also gives us dragon. The sinister associations make Draco a fitting name for Draco Malfoy—literally “Snake Bad-Faith”—in the Harry Potter novels. 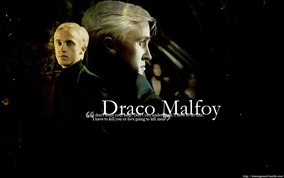 Draco is also the brand name of a semi-automatic pistol inspired by the AK-47 rifle. Its manufacturer is a Romanian company, Cugir; in Romanian, dracul means “dragon” or “devil.” (Dracula is “son of Dracul.”) The brand “has become frequently namechecked in rap in only a few years,” according to a 2019 article by Sheldon Pearce in Pitchfork, “Why Rap Is Obsessed with Dracos.” “I think people just like Dracos because they like the name,” said rapper and producer Quelle Chris. 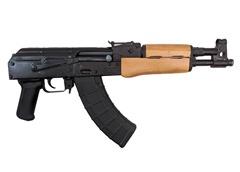 One more Draconian: It’s the name of a Swedish doom metal band. The band, originally called Kerberos (Cerberus, the multi-headed dog that guards the gates of the underworld), was formed in 1994. It changed its name to Draconian later that year. 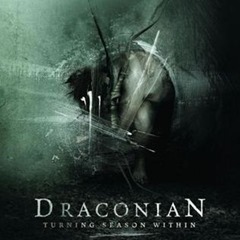 People who get testy about decimate being used to mean anything but its original “kill one in ten”—see #8 on Jonathon Owen’s list, “Believing Etymology Is Destiny”—tend not to kvetch about draconian’s semantic drift. Language guy Tiger Webb, tongue firmly in cheek, has something to say about that. Commenter Tom has a point of clarification.

You can only refer to it as draconian if it's from the Dracon province in France, otherwise it's sparkling oppression

An observation about the "rugged individualists" protesting the Draconian stay-at-home orders: Some of them are wearing protective masks.
Is this paradoxical, contradictory, illogical, ironic, or all of the above?

Dan: As someone in my Twitter timeline put it: "I think it's more than a bit ironic that 'open it up' protesters claim to be rallying on behalf of rugged individualism. After all, rugged individuals ought to be able to handle a month of relative isolation a lot better than this...Not very rugged, Grizzly Adams,"

"Draco" is also the name of the database engine used by a very powerful and popular application building platform called FileMaker. Presumably, "Draco" in this case is intended to suggest the meaning "dragon" (or perhaps the constellation) and not the Greek lawgiver.