In the new essay, “Confessions of The Human Shield,” Nussbaum wrestles eloquently with #MeToo and the question of what to do with “the art of terrible men.” In the aftermath of the Harvey Weinstein exposé, Nussbaum writes, “I began considering, obsessively and anxiously, my own taste. Why did I like so many works of art that were fueled by contempt or fear of women? … Why was this contradiction more acceptable, or more intriguing, to me, when that wasn’t nearly as true of aggressively anti-Semitic or racist art?”

Nussbaum’s title, which she leaves unexplained, is an allusion to the 1979 film Being There, in which Peter Sellers plays a simpleton educated solely by TV. He likes to watch, too.

Now that we’re all hunkered down with only our houseplants to keep us company, maybe we should give those plants names. One suggestion: Name a plant “after someone or something you love, as botanists at Duke University did in 2012 when they named two new fern species after Lady Gaga (Gaga germanotta and Gaga monstraparva).” (Los Angeles Times)

How did Triscuit get its name? An enterprising snacker decided to investigate. And then a historian dug deeper. “All that pink. All those plants. All that white. It’s so clean! Everything’s fun, but not too much fun. And there, in the round mirror above the couch: It’s you. You know where you are. Or do you?” Molly Fischer on the persistence of the millennial aesthetic. (The Cut)

Jane Solomon, the newly appointed senior emoji lexicographer at Emojipedia, reports that Gen Z is playfully misspelling quarantine as corn teen, and reflecting that misspelling in the emoji spelling

German not only has the great word Kummerspeck--fat you put on when upset (Kummer=worry, Speck=bacon). This nimble language has already given us Coronaspeck: the fat you will put on in quarantine.

Linguist Debbie Cameron on men, women, and color names: “[I]n addition to being something men ‘relegate’ to women because they consider it beneath their notice, colour-naming might be something men actively avoid, because they don’t want to be perceived as effeminate or gay.” 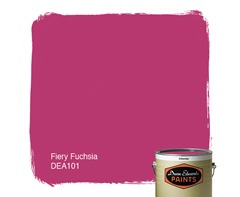 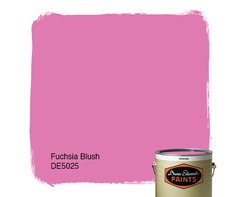 March Madness has been canceled because of the looming apocalypse, but Namerology has come to the rescue with Baby Name Madness, a challenging bracket game, available in two versions: US (Amaris or Miracle? Finnley or Kenzo?) and British (Soraya or Inaya? Milan or Montague?).

Speaking of games, Michael Adams wants to know why there’s not a game-night game about profanity. (Strong Language, where else?)

Looking for character names? Try Namey, a generator that uses the US Census Bureau database to generate random first and last names. (Via Erin McKean’s wonderful newsletter, Things I Learned While Looking Up Other Things)

australian english doing its thing: my friend wished me a happy iso, another one used quaz as a verb

Has the COVID-19 pandemic changed your email salutations and signoffs? San Francisco Chronicle reporter Peter Hartlaub asked around and found a lot of people using variations on “Be well” and “Stay safe.” My own correspondents tend to prefer “Strange times!”

A funny/serious COVID-19 ad from Australia has been making the rounds; yes, it’s notable for creative epithets like “dumbfuckery” and “shitfunnel,” but what piqued linguist Mark Liberman’s interest was munted, an Australian/New Zealand colloquialism meaning “ruined” or “broken.” (Language Log)