First, some background: Brett Hendrix was one of several hundred “gun rights advocates” who showed up, conspicuously armed—open-carry is legal in Nebraska—at hearings last week in the Nebraska Capitol to oppose a couple of bills that would impose mild, sensible restrictions on gun ownership. (Background checks, suicide-prevention training, that sort of thing.) Infringing my God-given Second Amendment right to bear arms! was the general theme of the opposition.

The governor of Nebraska, Pete Ricketts, was pretty clear about which side he was on.

Thank you to the 100s of #2A activists who have shown up at the State Capitol to oppose LB 816 and protect our Second Amendment rights! pic.twitter.com/OlLrATX7py

So the Hawaiian shirt—just a sartorial idiosyncrasy? Not at all, and there’s a linguistic connection.

In 1984, when breakdancing was catching on, two films attempted to harness the zeitgeist: Breakin’ and its sequel Breakin’ 2: Electric Boogaloo. 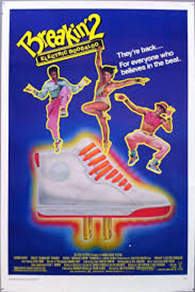 Boogaloo is one of those unknown-origin words, although it’s fairly likely that it’s derived from boogie (as in boogie-woogie), perhaps with a tinge of hullabaloo, a word that has meant “clamor” or “uproar” since the mid-18th century. (There’s also an offensive and racist sense of boogaloo that may date as far back as the 1880s.) The related bugalú is “a style of music developed by Spanish-speaking musicians in New York in the 1960s, fusing African-American styles such as rhythm and blues, soul, etc., with Latin genres such as mambo, son montuno, etc.”

Fast-forward to November 2005, at the start of what was then called Web 2.0. According to Know Your Meme, a journalist at the Huffington Post (now HuffPo) named Brad Friedman—no relation—wrote a story about election in reform in Ohio that was headlined “Democracy Breakin’: Ohio’s Electric Boogaloo.” 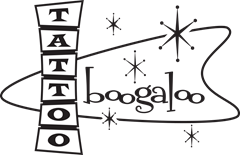 In July 2007, a New York Times political blog, The Caucus, published the headline “Obama Girl 2: Electric Boogaloo” over a story about a viral YouTube video in support of candidate Barack Obama. In August, Ben Zimmer wrote a post for the Oxford University Press blog that decreed that “___2: Electric Boogaloo” had graduated to a full-fledged snowclone. In May 2008, “jrpz” defined the snowclone on Urban Dictionary: “Electric Boogaloo can be appended to the name of a movie to indicate a sequel. This construction is somewhat dismissive of the original work and/or the idea of making a follow-up movie. The sequel may be real, planned, or imagined.”

The snowclone turned into a jokey meme. 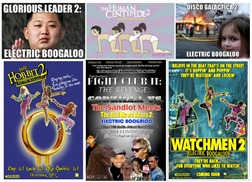 One of those jokey titles was Civil War 2: Electric Boogaloo. The jokers were originally “video gamers and history buffs,” as a November 2019 article on ADL.org (Anti-Defamation League) put it. (I recommend that you follow that link and read the whole article. It’s instructive.) But in June 2018, someone started a “Civil War 2: Electric Boogaloo” Reddit thread that clearly implied that any attempt to restrict gun ownership would result in a civil war.

From the ADL article:

In 2019, usage spread widely among pro-gun activists on a variety of online platforms, so much so that it was quickly pared down simply to “boogaloo” or “the boogaloo.”  In August, a Twitter user warned others to buy whatever guns and ammo they wanted now, because soon the ability to do so would be “severely curtailed,” adding, “Button up for the #boogaloo. Now.” That same month someone else tweeted the hashtag #boogaloo, warning about 100 million “active shooter” situations “when the cops try to do nationwide gun confiscations.”

And from NBC’s Brandy Zadrozny (click through to read the whole thread):

New: The Boogaloo, an anti-government movement that advocates for a second “Civil War” against political opponents and law enforcement is openly organizing and recruiting on Facebook and Instagram. https://t.co/K14kG9uiOp

When some sites began blocking references to “the boogaloo,” boogalooers got creative, warping “boogaloo” into “big igloo” and “big luau.” 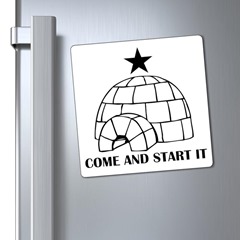 “Big igloo” magnet via Etsy. “Come and start it” is a twist on “Molon labe,” the Greek slogan translated as “Come and take [them]” that’s frequently invoked by gundamentalists.

Lee Carter, a Marine Corps veteran and a delegate in Virginia’s Assembly, explained the meme to his followers.

And that is why Brett Hendrix of Omaha was wearing a Hawaiian shirt in the Nebraska capital, oblivious to, or ignorant of, the aloha spirit. 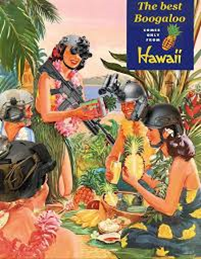 When I learned about all this, I couldn’t help recalling something a fellow gym member—a jovial middle-aged woman who’d immigrated some years ago from Ukraine—said back in 2008, when Sarah Palin was in the middle of her rootin’, tootin’, language-mangling campaign for vice president. “America!” this woman said with a sigh, momentarily not jovial at all. “Such a beautiful country, with so many idiots.”

Gundamentalist, ammosexual, and “my compatriots’ sick obsession with firearms”

Without showing deference, preference, or other 'ence to any other ex-beatle (because that would be a whole 'nother conversation, Back Off Boogaloo.