Molly Young builds on Uncanny Language to talk about corporate “garbage language”: “Usage peeves are always arbitrary and often depend as much on who is saying something as on what is being said. When [a manager] spoke about ‘business-critical asks’ and ‘high-level integrated decks,’ I heard ‘I am using meaningless words and forcing you to act like you understand them.’ When an intern said the same thing, I heard someone heroically struggling to communicate in the local dialect. I hate certain words partly because of the people who use them; I can’t help but equate linguistic misdemeanors with crimes of the soul.”  (Vulture)

I talked to Time reporter Katy Steinmetz about all those plus symbols in company names. 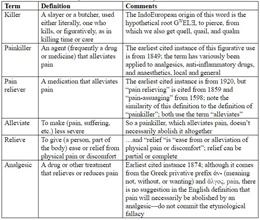 A new feature on the Wordnik blog, “Five words from ___,” by founder Erin McKean, highlights “interesting words from interesting books.” January’s post was about The Peripheral, by William Gibson (androgenic, tetrachromat, and more); February’s is about Aurora, by Kim Stanley Robinson (cryptoendolith, oneiric, and more).

Amazon Marketplace is awash in “pseudo-brands,” John Herrman writes in the New York Times: weirdly spelled, meaning-free, often unpronounceable brands like UGBDER, MARSHEEPY, and SHSFTD that are launched by Chinese vendors uninterested in brand narrative. What they are interested in is US trademark registrations, which Amazon has required since 2017—and the weird spellings are likely to be more protectable than recognizable English words. The names are “more trademark than brand, and more Amazon than both.”

Do you know how old the “IDK” initialism for “I don’t know” is? A lot older than you probably think: try World War I. (Task & Purpose, via Jared Keller, via Kory Stamper)

So you want to be a professional name developer? My friends at Catchword Branding have some advice for you.

“What am I—chopped liver?” is a customary idiom that expresses a grievance. So what did billionaire Democratic presidential candidate Mike Bloomberg mean during the February 19 Las Vegas debate when he grumbled, “What am I—chicken liver?” (Ben Zimmer for Politico)