A couple of magazine articles:

“What I Learned in Avalanche School,” by Heidi Julavits for the New York Times Magazine. The story is indeed about avalanche school, but because Julvaits is a brilliant writer, it includes passages like this one: “The pursuit of joy, even if that joy begins as fear and takes the form of preparation against an irrational outcome, is a death wish, maybe. Or it’s a life wish. Or there’s no difference.” (I haven’t skied in years, but I swim in San Francisco Bay year round, so I know a little about joy and fear.) Now I want to read Women in Clothes, a 2014 collection Julavits co-edited with Sheila Heti and Leanne Shapton.

“The Lingering of Loss,” by Jill Lepore for the New Yorker. Lepore is best known for her articles and books about American history; this article, however, is a personal account about the death of a close friend. When I read it, in July, a close friend of my own was approaching death, and Lepore’s beautiful, sorrowful writing hit me hard.

Books (mostly nonfiction, because that’s how I’ve been rolling lately):

Audience of One, by James Poniewozik. Poniewozik is the chief TV critic for the New York Times; his book’s subtitle is “Donald Trump, Television, and the Fracturing of America.” I’ve got sticky notes all over my copy of this terrifically insightful book. Here’s one passage I marked: “Adopting a celebrity persona to speak to an era of narcissism is something that a promotional genius might do. It’s also something a narcissist might do. Either way, it’s what Donald Trump did. Having failed as a producer, he made himself the production.” 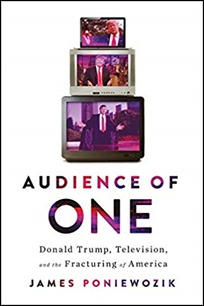 Because Internet: Understanding the New Rules of Language, by Gretchen McCulloch. Read my review.

The Poison Squad, by Deborah Blum, about the crusading scientist Harvey Washington Wiley, who led the uphill battle to make food safe in America more than a century ago. The struggle continues. (Adapted into an American Experience film for PBS.)

The Age of Surveillance Capitalism: The Fight for a Human Future at the New Frontier of Power, by Shoshana Zuboff. Long, scary, important. Do you think Alexa and Street View are here to help you? Think again. (Zuboff also appears in the Frontline documentary “In the Age of AI,” from PBS, which I also recommend.)

The Guarded Gate: Bigotry, Eugenics, and the Law That Kept Two Generations of Jews, Italians, and Other European Immigrants Out of America, by Daniel Okrent. The current administration wants to bar immigrants who might be a “public charge.” It’s a phrase, and a policy, with a long and ugly history, as Okrent—the grandson of Eastern European Jewish immigrants—deftly shows.

Goliath: The 100-Year War Between Monopoly Power and Democracy, by Matt Stoller. From the publisher’s description: “How authoritarianism and populism have returned to American politics for the first time in eighty years, as the outcome of the 2016 election shook our faith in democratic institutions.”

I’m underwhelmed by the official Best Picture nominees; I barely tolerated three of them, avoided a fourth, am in no hurry to see a fifth. Of the others, I thought Ford v. Ferrari was good fun (but too long, like most movies now) and JoJo Rabbit was a decidedly mixed bag. I do recommend Parasite (but overall I preferred Shoplifters, from 2018, which dealt with similar themes) and 1917, which I thought was virtuosic and heartbreaking (although many top critics disagreed).

Feature films I saw in 2019 that made my own Best Of list: Queen & Slim, Tel Aviv on Fire, Sword of Trust, and Dolemite Is My Name.

Documentaries were another story (or maybe I just prefer nonfiction in all art forms). I have zero interest in sailing, especially the competitive kind, but I loved the gritty all-women crew of Maiden, the thrilling archival footage, and the present-day interviews. (Watch the trailer.) I watched Linda Ronstadt: The Sound of My Voice twice and will probably watch it again (rent or buy on Amazon Prime). I wouldn’t have expected a movie about a semi-hermit Macedonian bee-whisperer to be compelling, but Honeyland was strange, beautiful, and moving (in theaters and on Hulu). For keen political insights, I recommend One Child Nation (Amazon Prime), American Factory (Netflix), and The Edge of Democracy (Netflix).

At last, an American observatory has been named for a woman. (Atlantic) 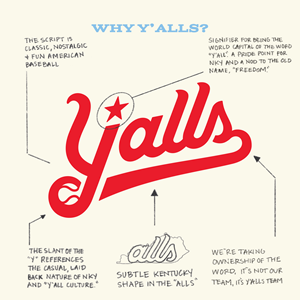 Watch all the Super Bowl 2020 ads, if that’s what floats your boat. (Let me know if you encounter a paywall.)

Domain Name Wire’s Kassey Lee has been filing some interesting posts about Chinese domains and domain extensions. A couple that caught my eye recently:

Chinese startups are using English brands on the .com extension for their corporate websites (Lee calls this strategy “EnglishDotCom”).

Two-letter domains like BL.com are highly valued in China, not just because they’re rare and expensive but also because of their specific cultural cachet.

Financial Times columnist Simon Kuper used to admire George Orwell’s advice about clear, simple speech and writing: “But I have come to think that he was wrong. What Donald Trump has shown is that clear speech can enable lies.” (Via Lane Greene)

“The rate of unisex naming in an American community does not point to stereotype-defying views of gender. In fact, the reverse appears to be true.” (Namerology)

When the New York Post last week reported that the Fairway supermarket chain in New York City (whose ambiguous slogan is “Like No Other Market”) would be closing all its locations, Jon Danziger took a sentimental journey on Twitter. Click through to see the whole thread, then decide whether you’re disappointed that Fairway denied the report.

Memories light the corner of my mind pic.twitter.com/0I0R697AdH

Took the eponym quiz at M-W and didn't do too bad. I got all the answers right, but took too long to answer the first question. But I can't figure out how to see the list of high scorers.

@Dtilque: Did you click on "View Top 25" on your results page?