Airbnb. Founded in San Francisco in 2008 as AirBedandBreakfast.com, the short-term-rental and travel-experience company posted 2,500 listings by March 2009—the month it officially shortened its name. Its real growth began in 2010: In February 2011 the company announced its millionth night booked; later that year, it opened its first international office, in London. By October 2019, 2 million people were staying in an Airbnb rental each night, and the company was valued at $38 billion. It’s also at the center of multiple controversies, summed up as the Airbnb Effect: rising home prices, decreasing local tax revenues, the touristification of some cities, and even tragic violence.

Original and current Airbnb logos. The design on the right was introduced in 2014; does any of you remember the mockery with which it was greeted?

Casper. Order a mattress without first seeing, touching, and lying on top of it? You can thank Casper for that huge shift in shopping habits. Founded in San Francisco in 2014, Casper calls itself “the company that started it all”; it now has an estimated 175 competitors in the direct-to-consumer mattress industry, many with nondescriptive names like Purple, Leesa, Eight, and Eve. Analysts say Casper succeeded by limiting choice (it sells a single model). Direct-to-consumer was another important trend of the 2010s: From razors (Bevel) to eyeglass frames (Warby Parker) to men’s trousers (Bonobos), product developers are bypassing traditional retail channels to make their pitch straight to customers. 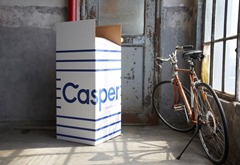 A Casper mattress in its delivery box.

CRISPR. In 2012, two scientists, Jennifer Doudna of UC Berkeley and Emanuelle Charpentier of the Heimholtz Centre for Infection in Germany, gave the first demonstration of the gene-editing tool known as CRISPR, an acronym for “clustered regularly interspaced short palindromic repeats.” But they didn’t invent the tool: Rather, as Carl Zimmer wrote in Quanta in 2015, “they stumbled across the CRISPR molecules in nature. Microbes have been using them to edit their own DNA for millions of years, and today they continue to do so all over the planet, from the bottom of the sea to the recesses of our own bodies.” Since that first demonstration, CRISPR has become “one of the biggest science stories of the decade”; it’s been used to quickly and cheaply treat sickle-cell anemia, eliminate populations of malaria-spreading mosquitoes, and reduce the severity of genetic deafness. On a less world-changing but still interesting level, it’s one of the most successful acronyms of the decade.

Instagram. Since its 2010 launch as one of the first mobile-only photo-sharing apps, Instagram—the name comes from “instant telegram”—has been a social-media phenomenon. (At the end of its first week, it had 100,000 users; after two months, it had 1 million registered users. The company was bought by Facebook in 2012 for $1 billion.) Originally designed for use only on Apple’s iOS platform, it’s now available on Android and Windows mobile devices as well. Instagram’s format restrictions have influenced the design of book jackets, and the platform has created a new marketing category (and in some cases job title): Instagram influencer.

Leafly. In 2012, Colorado and Washington became the first US states to fully legalize the sale and use of cannabis. As of December 2019, nine additional states had joined the club, and marijuana is fully illegal in only 14 states. Cannabis branding has, as a result, been a boom market. Leafly, which calls itself the world’s largest cannabis information resource (more than 15 million monthly visitors to its web and mobile platforms), was an early and visible contender. The company was founded in Irvine, California, in June 2010 (it’s now headquartered in Seattle); in August 2014 it boldly took out a full-page ad in the Sunday New York Times. As a brand name, Leafly is more literal and less evocative than many of the newcomers—Gateway, Serra, Marvina. It is, in fact, an innocuous name, as I wrote in 2014: “one of the dozens and dozens of Names That End in -ly—apps, startup companies, news organizations, and more—that are so very popular at the moment. It’s a name that blends into the brand landscape so predictably, so boringly, that you’re hardly aware that it represents a substance that will still get you prison time in a majority of jurisdictions.” And that’s the secret of its success. 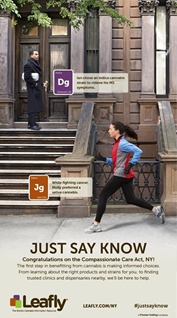 Netflix. DVDs in the mail were nice, but Netflix—the name was coined from “internet” and “flicks,” a slang term for “movies”—really began changing the way we consume entertainment in 2010, when it launched its mobile platform. Two years later, it started producing and distributing original content, and in 2013 it debuted two streaming series, “House of Cards” and “Orange Is the New Black.” In 2015, Collins English Dictionary named binge-watch its word of the year; the same year, “Netflix and chill”—a euphemism for sex—became a widespread internet meme. 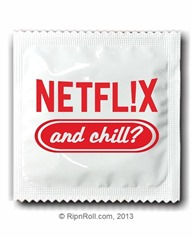 Spotify. The world’s largest streaming-music service was founded in Sweden in 2006 and launched in the US in 2011; it was responsible in large part for streaming’s conquest of the music universe, to the detriment of CDs and other physical artifacts. I told the story of Spotify’s name in my Brand Names of the Year for 2011 roundup; fellow naming consultant Chris Johnson points to Spotify as the inspiration for dozens of copycat brand names ending in -ify, including Coursify, Touchify, and Startify. I’ve written about -ify names myself.

Tesla. There had been electric vehicles since the 1820s, but it took Tesla to make them chic, sleek, and desirable. The company was founded (as Tesla Motors) in 2003; the name honors the pioneering engineer Nikola Tesla. So why is this a 2010–2019 story? Because Tesla’s first vehicle, the $109,000 Roadster, wasn’t released until 2008, and the company didn’t go public until 2010. And the biggest turning point came in 2012, with the release of the new-design Roadster and the installation of Supercharger stations throughout the US. By 2013 Tesla was the best-selling plug-in passenger-car manufacturer in the world. Read my post about Tesla’s latest vehicle, the Cybertruck.

Trump. The hotels, the tower, the steaks, the water, the cologne, the bankruptcies, the wives, the mistresses, the failed casinos, the failed “university,” The Apprentice (2004–2007), Mondays with Trump (Fox, 2011–2015), the rallies, the election, the insults. Here’s how New York Times television critic James Poniewozik sums it up in his excellent Audience of One: Donald Trump, Television, and the Fracturing of America (2019): “Through all of these changes, Donald Trump used the dominant media of the day—tabloids, talk shows, reality TV, cable news, Twitter—to enlarge himself, to become a brand, a star, a demagogue, and a president.”

Twitter. Widely mocked when it launched in 2006, the social messaging service became a force to be reckoned with at the turn of the decade, and continues to be an important source of breaking news (and demagoguery). In 2009, Twitter introduced “verified accounts,” and in the autumn of 2010 it launched its entirely redesigned “New Twitter.” In 2017 it doubled the character limit of tweets from 140 to 280. The platform has played a role in protests around the world, including the 2011 Occupy movement in the US and the 2013 Gezi Park protests in Turkey. During the 2016 US presidential election, bot accounts in Russia, Macedonia, and elsewhere swarmed Twitter and spread false and malicious information. Read my post about how Twitter got its name (it was almost called Twitch).

Uber and Lyft. The rival ride-hailing services were born in San Francisco, Uber in 2010 and Lyft in 2012, and now operate in hundreds of cities worldwide. Their stated objectives include reducing ownership of private vehicles, expanding transportation access, and offering a source of extra cash to qualified drivers with time on their hands. In fact, the “Uber Effect” involves an increase in traffic congestion and paltry earnings for drivers. Then there are the scandals—from unethical business practices to allegations of sexual assault. A side note: Lyft can be credited (or blamed) for a rash of brand names that substitute a Y for an I. See more of them on my Pinterest board.

* I also came up with a list of Words of the Decade. If I repeat that feat, I expect disruption, journey, smart, influencer, and sharing economy to make the cut; I welcome your nominations of other candidates. Regardless, I promise to return later this month with my annual Words of the Year list.