Word of the week: Pizzazz

The NBCNews.com headline over Jonathan Allen’s story kvetched about the lack of “drama” on the first day of the impeachment hearings in the House of Representatives, but the person in charge of the Twitter account chose a more, well, pizzazz-y synonym for “drama.”

The tweet was promptly and savagely ratioed: more than 30,000 overwhelmingly negative replies compared to 3,700 likes and 1,700 retweets.

PIZZAZZ you say? What kind of rubric is that for a history-making impeachment inquiry in public? These “shows” don’t come around that often. It is shoddy journalism to categorize yesterday’s Congressional hearing as if it were a game show, a soap opera or a procedural.

I found your pizzazz. pic.twitter.com/LcyhRJvzIg

Pizzazz may have been a tone-deaf choice, but you can’t say the word lacks charisma, or a backstory.*

And flexible: You can spell it almost any way you like. Merriam-Webster and OED prefer the four-Z spelling, but pizazz is also acceptable. Since the first documented appearance of the word in the mid-20th century, it’s also shown up as bezaz, bezazz, bizzazz, pazaz, pazazz, pazzazz, pezazz, bzazz, psaaz, pzazz, and pzzazz. 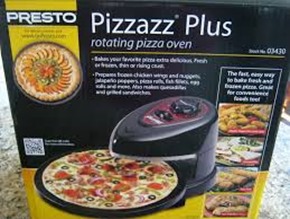 Pizzazz is not related to pizza, but that didn’t stop the namers of the Pizzazz Plus rotating pizza oven.

My copy of the Dictionary of American Slang, originally published in 1960, defines pizzazz as “power; force; pep; aggression; audacity,” but that’s not quite how it’s used today. The DAS also erred on the earliest citation, which it gives as 1951: “Rentschler thinks the J-57 [jet engine] has more pizzazz”—meaning power “than any other engine.”

The OED defines it as “an attractive combination of vitality and glamour; sparkle, effervescence; (also) flashiness, showiness,” which is more like it. And it finds an earlier citation, a March 1937 article (or, more likely, a photo caption) in Harper’s Bazaar, whose fashion editor at the time was the eminently quotable Diana Vreeland:

Pizazz, to quote the editor of the Harvard Lampoon, is an indefinable dynamic quality, the je ne sais quoi of function; as, for instance, adding Scotch puts the pizazz into a drink. Certain clothes have it, too...There's pizazz in this rust evening coat, swinging wide in back, jutting crazily over the shoulders. 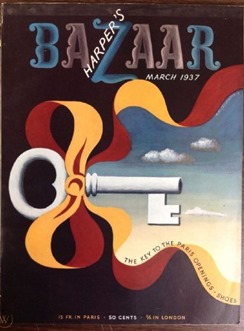 The très pizzazz-y March 1937 cover of Harper’s Bazaar, whose contents included fashion drawings by Isamu Noguchi and stories by Martha Gellhorn and Colette. Those were the days.

The OED adds with what I infer as an acerbic tone: “The term is not found in issues of the Lampoon of that date.” 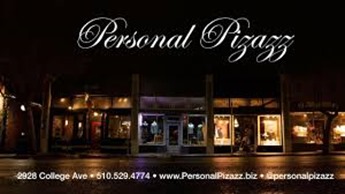 Personal Pizazz, a boutique in Berkeley, is a very good place to shop that is unfairly burdened with a cringe-y name and a bad website.

We know that pizzazz (or pizazz) was coined in the US, but where did it come from? No one can say with certainty. There are earlier, similar-sounding words—sassy (1833; an alteration of saucy), jazzy (1915), snazzy (1931)—but they’re adjectives, not nouns. Going back further, we find sizzle (noun and verb, 1600s) and buzz (1300), which are probably imitative of the sounds they name.

I found a September 2001 post from Barry Popik on the Linguistics Society of America’s listserv that quotes the dedication of a 1918 book, Golf: The Game of a Thousand Chuckles: “To the Scoffers, the Duffers, and the Golfers, this book is dedicated. ’"Right in the Pazazas.’” But what were pazazas? Buttocks? Noses? An entry in the Dictionary of American Slang for pazaza/pazazza defines it as a humorous alteration of “piazza,” and gives this 1921 citation:” A … young woman is sittin’ on the pazzazz”—and cross-references pizzazz. 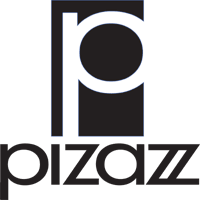 In Great Falls, Montana, you can shop for cooking and entertaining supplies at Pizazz.

Then again, maybe pizzazz is simply onomatopoetic: the sound of a champagne cork popping or a soda bottle’s cap being released. Neither one of which would be appropriate in the halls of Congress.

Posted at 05:00 AM in Branding, Current Affairs, Slang, Twitter, Word of the Week | Permalink

"Pizzazz" kind of reminds me of the way "attitude" is used today. For example, "This automobile has attitude!"
I think it's presumptuous to expect your audience to infer that a vague word means what you want it to mean.

A Times crossword clue a few years ago was "Word you can never spell in Scrabble." The answer was "pizzazz."