Historically, the interjection boo!—“a combination of consonant and vowel especially fitted to produce a loud and startling sound”—came first, although it was most likely pronounced boh. There were similar words in Latin (boare) and Greek (βοᾶν), but lexicographers haven’t pinned down boo’s precise origins. (It may have been an imitation of a cow’s lowing sound.) It first appeared in print in the mid-1600s in a phrase still heard occasionally: “wouldn’t say boo to a goose.” (Always stated in the negative, it means “wouldn’t speak up for him- or herself.”)

At least two children’s books bear the title Boo to a Goose. 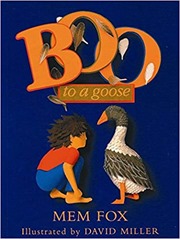 The boo heard at Nationals Park and Madison Square Garden—a loud, protracted jeering sound—appeared much later, around the 1830s. The Online Etymology Dictionary has this note: “Booing was common late 19c. among London theater audiences and at British political events; in Italy, Parma opera-goers were notorious boo-birds. But the custom seems to have been little-known in America before c. 1910.” (Merriam-Webster spells boo-bird as one word, dates it to 1934, and defines it as “a home fan at a sporting event who boos one or more members of the home team.”)

Ghosts also began saying boo, or boooooo, in the mid-1800s. As Lucas Reilly put it in a 2017 Mental Floss explainer, “Why Do Ghosts Say Boo?”:

It’s no surprise that boo’s popularity rose in the mid-19th century. This was the age of spiritualism, a widespread cultural obsession with paranormal phenomena that sent scores of people flocking to mediums and clairvoyants in hopes of communicating with the dead. . . . It’s probably no coincidence that ghosts began to develop their own vocabulary—limited as it may be—during a period when everybody was curious about the goings-on within the spirit realm.

Amusingly, one of boo’s 20th-century slang meanings was “ghostwriter.”

Indeed, boo has had a vigorous life in slang. In the 1880s, it was short for boodle (money, especially the ill-gotten kind). In the 1950s, boo was one of many slang synonyms for marijuana; in the 1980s, boo could refer to cocaine. Also in the 1980s, boo began to mean “romantic partner of any gender”; it first appeared in African American communities, possibly as a variant of French beau (which is strictly masculine) or from much earlier US slang bo (a boy or man, possibly from Spanish vos, “you”).

We love to reduplicate boo, too. In early 1900s United States a boo-boo was a dollar; in the mid-20th century boo-boos were testicles, at least among some people. Among other, younger crowds, beginning in the early 1930s, a boo-boo was a minor injury or a mistake. But boo-hoo—to mean both “the sound of crying” and “an expression of disdain”—is more than a century older. 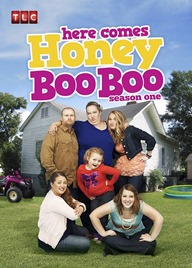 “Here Comes Honey Boo Boo” was a popular “reality” show about a child beauty-pageant contestant, Alana Thompson, that aired in the US between 2012 and 2014. According to Wikipedia: “Ironically, the show's name comes from a taunt that Alana hurled at another pageant contestant during her debut in Toddlers and Tiaras, but a sweeping misinterpretation from the general public resulted in Alana being referred to as ‘Honey Boo Boo Child’ instead.”

Across the pond, it was quite the thing in 1930s England to say tickety-boo to mean “correct” or “satisfactory.” This bit of slang–possibly from Hindi ṭhīk hai “all right” or from ticket as in “that’s the ticket”—got shortened to simply boo in 1950s US slang. The Dictionary of American Slang (1967) cites an Associated Press article dated June 30, 1952:

At the moment something that used to be known as the cat’s whiskers is now called “sly,” “really neat,” “the real George,” or “deadly boo.”

Finally, an important clarification: The military battle cry is hooyah or hooah, not booyah. Booyah is a thick stew that was brought by Belgian immigrants to the US Midwest; the word may derive from bouillon or bouillabaisse, both of which have roots in the French verb bouillir, to boil.

UPDATE: For more on boo! and booing, see Ben Zimmer’s 2009 column for Vocabulary.com. An excerpt:

The modern practice of booing may have originated at England's prestigious public school, Eton College. Rebellious students at Eton in the early 19th century were notorious for rowdily shouting down their elders with cries of "Boo!" A diary of an Eton boy published in the school magazine The Kaleidoscope in 1833 shows that the word had already turned into a verb: he describes an address given by a headmaster where "the whole school raised a yell, booing, hissing, and scraping feet." Later in the diary he recalls coming to school late and being "boo'd, laughed at, [and] shinned in getting a seat."

Posted at 05:00 AM in Current Affairs, Slang, Sports, Word of the Week | Permalink

I almost passed by without saying "boo" to this article/email.
Very glad that I didn't!

The late Stuart Scott of ESPN used BOO-YAH as one of his signature phrases! Not sure where he got it from (Wikipedia is silent on the subject) but I do remember hearing him say it during Sports Center many times.

My favorite example of "Boo:"