“Perhaps we’ve been spoiled after eight years of Barack Obama’s uplifting discourse, his measured tones, his big words and periodic sentences, and yes, his use of spell-check,” writes linguist and English professor Dennis Baron in a blog post titled Grammar-Shaming Trump. “But we’re faced with the reality that thanks to Trump and his base—base in every sense of the word—irrationality has replaced dialectic and political rhetoric in America is racing once again toward the bottom. It’s the meaning of the words and ideas that are the danger, not how they’re spelled or punctuated.”

There’s a prototype of a Middle English Wikipedia, and it’s splendid. (h/t @qntm by way of @ArrantPedantry) 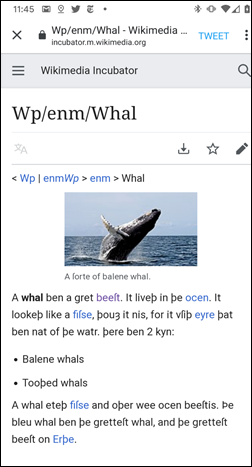 In 1986, Disney execs changed the title of upcoming film BASIL OF BAKER STREET to THE GREAT MOUSE DETECTIVE. This memo, purportedly from the President of Walt Disney Feature Animation but actually written by one of the film's furious animators, soon circulated & made the news. pic.twitter.com/cPZpc2Fg3x

The Atlantic, published continuously since 1857, has a new logo and typeface. The magazine’s editor-in-chief, Jeffrey Goldberg, says the changes make the magazine “visually arresting, classically informed, and radically modern, all at the same time.” Armin Vit of the design blog Brand New is not persuaded: “Trying to own the ‘A’ as an identifier when you already comfortably own ‘The Atlantic’ seems like an unnecessary uphill battle and one that I’m not sure has a big payoff.”

Is that person from Australia or New Zealand? A dialect coach offers tips on distinguishing similar accents. 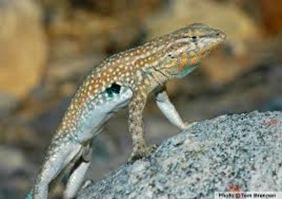 A lovely lizard named after a terrible person. (Photo via Reptiles of Arizona)

A cannabis grower talks to branding agency A Hundred Monkeys about naming cannabis strains and his own company, Glass House Farms: “We tweaked the phrase ‘Those who live in glass houses should not throw stones’ to ‘It’s ok to get stoned in a glass house.’”

I’ve read about a third of the books on Slate’s list of the 50 best nonfiction books of the last 25 years—I’ve read H Is for Hawk three times!—and I can’t wait to investigate the others.

“An ideal name, to me, conveys as much as possible about the character, while landing on this side of formulaic or self-conscious,” writes Adam O’Fallon Price, who maintains that Edith Wharton’s The House of Mirth “offers a masterclass in the art of character naming.” (You can read my own tips on character naming here.)

This is an abomination before God and man and should be condemned in the harshest terms possible. I call on all Jews, Arabs, Kurds, Persians and other peoples of the Middle East to unite and protest this assault on our shared culinary heritage https://t.co/aXCxFE79Qs