« No, thanks? | Main | On the Visual Thesaurus: Prohibition's linguistic hangover »

For me, “cursed” brings to mind a sort of unholy juxtaposition—things that shouldn’t be together, in a way that makes the whole thing feel senseless. … It also reminds me of dreams … where your mind takes two potentially banal things, smushes them together, and renders something that feels deeply wrong.”

This cursed is not the original cursed (also spelled curst), which has been used in English since the late 1300s. Back then, if something was cursed it was “heinously wicked” or “excommunicated”—a sort of living death. The meaning softened over the centuries to signify merely “disagreeable” or “cantankerous”: No one is “curster” (more cursed) than Kate in The Taming of the Shrew.

The noun curse has been with us since late Old English, when it meant “a prayer that evil or harm befall one.” The word’s origin is uncertain: “No word of similar form and sense is known in Germanic, Romanic, or Celtic,” says the OED, which adds, parenthetically: “(Of connection with cross, which has been suggested, there is no trace.)” We’ve had curse word—a profanity or swear word—only since about 1870.

The 21st-century cursed appears in cursed energy, a feature of the online game RuneScape, released in January 2001. “Cursed energy is a type of divine energy gathered through the Divination skill.,” intones the RuneScape Wiki. “It can be collected from cursed wisps, located at the Wilderness Volcano. It can also be obtained by converting cursed memories and enriched cursed memories: the ratio of memories to energy scales with Divination level.”

Cursed got a boost from Harry Potter and the Cursed Child, the two-part play featuring an adult Harry Potter that has been playing in London since 2016 and in New York since 2018, and which opens October 23 at San Francisco’s Curran Theatre. 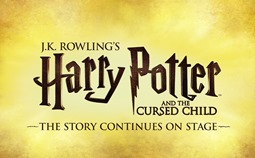 In 2020 Netflix will bring us an original series, Cursed, a “fresh take on the Arthurian legend” aimed at a teen viewership. 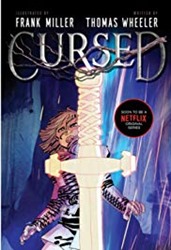 It isn’t hard to divine why cursed has taken on currency. As Tolentino puts it, “Donald Trump is somehow still the President; more than a quarter of the birds in North America have disappeared since 1970; and children keep having to take to the streets to plead with our lawmakers to protect their lives.” It’s all too damned much, and so we displace our dread onto the mundanely weird and creepy—or, more precisely, representations of weird and creepy things. The horror and the cursing are real; the defense is aesthetic and ironic, because sometimes that’s all we can manage.

Posted at 05:00 AM in Culture, Theater, Word of the Week | Permalink