« Lets hear it for the boys | Main | September linkfest » 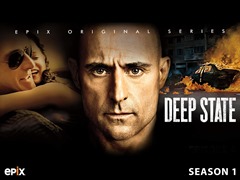 Deep State, an espionage-thriller series, debuted in the UK in April 2018, and on the Epix channel in the US in June 2018.

The M-W entry defines deep state as “an alleged secret network of especially nonelected government officials and sometimes private entities (as in the financial services and defense industries) operating extralegally to influence and enact government policy.” Linguist Geoff Nunberg, in an August 2018 commentary on NPR’s “Fresh Air,” was more specific:

The term was marginal in American politics until it was picked up by Breitbart News in 2016 and quickly adopted by the president and his allies. The president has been appending it to his tweetsas a kind of mantra: “Where is the DNC Server, and why didn’t the FBI take possession of it? Deep State?”

It's an elastic label — depending on the occasion, it can encompass the Justice Department, the intelligence communities, the FISA courts, the Democrats and the media. In short, it’s a cabal of unelected leftist officials lodged deep in the government who are conspiring to thwart the administration's policies, discredit its supporters and ultimately even overturn Trump’s election.

Mike Lofgren, who has called himself “a former GOP operative who left the cult,” claims to have introduced deep state to American political discourse in a February 2014 essay, “Anatomy of the Deep State,” published on BillMoyers.com. He defined it as “another, more shadowy, more indefinable government that is not explained in Civics 101 or observable to tourists at the White House or the Capitol.” In September 2016, just before the presidential election he published a book, The Deep State: The Fall of the Constitution and the Rise of a Shadow Republic, promoted as “a gripping portrait of the dismal swamp on the Potomac and the revolution it will take to reclaim our government and set us back on course.” 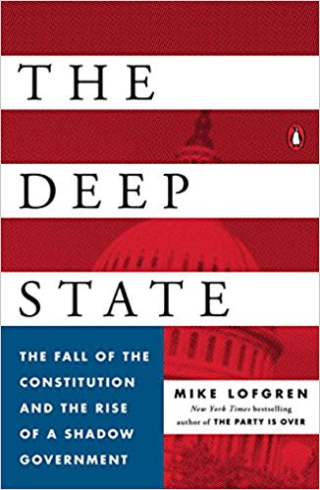 When I wrote in June about the many collocations of deep, I noted that deep state originated not in North America but in authoritarian countries such as  Pakistan, the former Soviet Union, and Turkey (where it was spotted as early as 1900). It appears in the titles of several books by right-leaning authors, including The Deep State: How an Army of Bureaucrats Protected Barack Obama and Is Working to Destroy the Trump Agenda (Jason Chaffetz, 2018); Killing the Deep State: The Fight to Protect President Trump (Jason Corsi, 2018); The Deep State Rides Again: How the Washington Establishment Continues to Try to Overturn the Will of the Voters (Steven Edward Browne, 2019); and History of the Deep State (Jeremy Stone, 2018: “Nefarious foreign interference of our ‘Nation-State’ has not come out of the Trump administration, as the left has fostered in its ‘collusion’ narrative. Instead, it has been mounting for centuries as a far-leftist agenda, with the ultimate goal of toppling our country from within”).

The conspiracist interpretation of deep state also made it into (presumably) some theaters earlier this year. 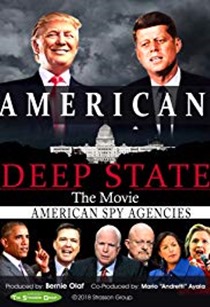 American Deep State is a 2019 movie written and directed by Bernie Olaf, who also wrote the plot summary for IMDb, part of which I reproduce here verbatim:

From 1963 JFK assignation [sic] to 2016 Russia Collusion Conspiracy. It is about two dozen intelligence, FBI and US justice department officials who were engaged in a potentially criminal conspiracy to undermine American Democracy during 2016 elections and help one candidate. After The 2016 Elections they tried to overthrow a dully elected United States president.

(Spoiler: In this telling, the “one candidate” abetted by the “potentially criminal conspiracy” is not the one who won the Electoral College.)

You’ll get more accurate and nuanced information from the Deep State Radio podcast, which launched in 2017 as “an antidote to the lunacy” of conspiracy theories. It’s hosted by foreign policy and national security expert David Rothkopf, with co-hosts Rosa Brooks (author of the excellent How Everything Became War and the Military Became Everything) and former CIA agent Emily Brandwin. 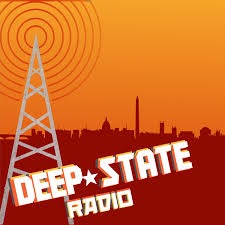 Or you can take a playful approach with “The X-Files: Deep State,” a freemium video game released in February 2018.

From the Wikipedia entry: “The events of The X-Files: Deep State occur between seasons 9 and 10 of The X-Files series and follow two FBI agents, Casey Winter and Garret Dale, as they investigate paranormal cases and uncover a sinister conspiracy. … During the development process (which started in the early 2016) many of the stories [the game developers] intended to tell not only became too plausible to be fun, but actually came true.”

Posted at 05:00 AM in Dictionaries, Politics, Word of the Week | Permalink