Why changing a company name is more challenging than you might expect. (Adweek)

You don’t have to be Jewish to participate in Hebrew Union College’s online survey of American Jewish first names. “They’re looking at names from many directions: choices and perceptions, religion and identity, history and geography—even how we name pets.” I took the survey myself; it took only about 10 minutes and was interesting and fun and gave me another opportunity to vent about always hating my first name. (Namerology)

A century of “shrill”: How, for more than a century, “everything from microphones to modes of transmission have been optimized for lower voices.” (Composer, musician, and professor Tina Tallon for the New Yorker)

Euphemisms for death collected from obituaries: a several-years-long Twitter thread by Rachel Monroe. I am especially prickly about to the simpering “passed”; I always want to snark, “Passed what?” (Kottke)

Liquid Death “bone-chilling spring water,” from my Pinterest board of death brands.

Do you cringe when you’re asked to “task” someone with something, or when someone wants to know what “the ask” is? Jonathon Owen provides a calming historical perspective. (Grammar Girl)

In an “Op-Ed from the Future,” Gretchen McCulloch, author of Because Internet, imagines looking back on 21st-century English from the 23rd century. (New York Times)

A follow-up to last month’s item about Berkeley’s “Gourmet Ghetto”: Alice Waters, the chef whose pioneering Chez Panisse restaurant has anchored the GG since 1971, told the San Francisco Chronicle that the “ghetto” name “has to go”: “We are not a ghetto, we don’t want to be a ghetto,” she said. A counterpoint: longtime Berkeley food writer John Harris writes on Berkeleyside that “the term follows a deep cultural pattern for the naming of many geographical locales and towns (Hell’s Kitchen, New York or Nothing, Arizona, for example) — these terms often begin as slurs or jokes.”

In his Friday Words #188 (!), Mike Pope takes a look at the keygine and chiptune—two words for a newish genre of music that sounds like it was created for old 8-bit video games—and the unexpected origins of umpire.

New from me on the Visual Thesaurus: “Director of first impressions,” “chief happiness officer,” “superfood ninja,” and other 21st-century job titles. (Paywalled for the first three months; a girl’s gotta eat.) 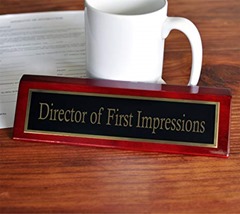 A sad coda: Charles G. Hill, proprietor of the extraordinary Dustbury blog (est. 1996), died September 8 from injuries sustained in a car crash. Charles and I never met in person, but he was a loyal reader of, and commenter on, my own blog (est. 2006, a mere stripling) and I tried to keep up with his, which he updated daily, sometimes three or four times a day. He was a superb writer, wry and wide-ranging and often scrupulously honest, as when he wrote about his ordeals with back pain or depression. He could also write sprightly posts about women’s shoes (an obsession we shared), My Little Pony (he was a Brony), and his preference for Wardrobe Zero, as he called it. Charles lived in Oklahoma City, which wasn’t exactly Dustbury, but it was in the vicinity. In his hometown paper, The Oklahoman, Steve Lackmeyer wrote a tribute to this “beloved, quirky and sometimes grumpy writer” who had a day job in software but “should have been a newspaper columnist.” I mourn Charles along with his many readers and admirers, and I leave you with a quotation from his “Backdrop” page:

Charles G. Hill did not disappoint. –30– to you, blogging pal.